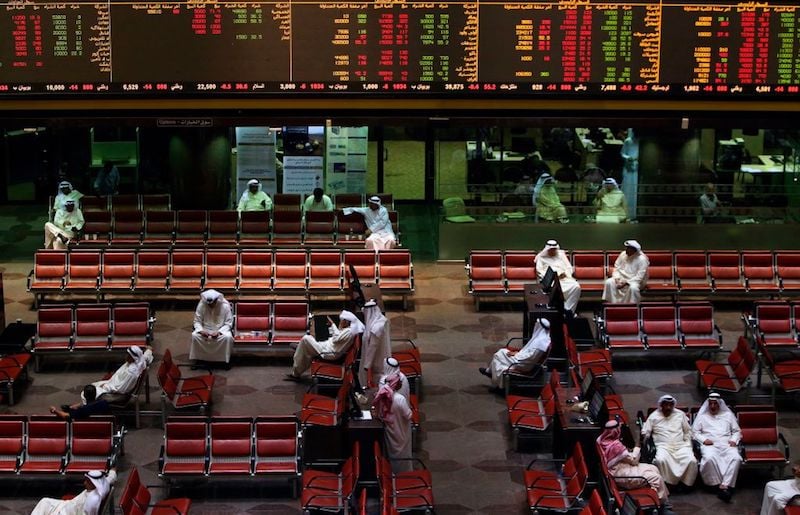 Amid maturing regional equity markets and realigned international investor interest – that have helped shift the world’s economic centre of gravity – Kuwait’s stock exchange, Boursa Kuwait, is keen to develop an efficient capital market to attract attention and carve its own space.

Of the many initiatives in recent years, Boursa Kuwait’s privatisation agenda, that culminated in its listing in October this year, was a key event to fortify the exchange’s position. Capital Markets Authority, Kuwait’s market regulator, put up 50 per cent of its shares in Boursa Kuwait for sale, subscription of which was exclusive to Kuwaiti nationals.

Trading of Boursa’s shares will be open for all nationalities, post its anticipated listing by June next year. The IPO was preceded by a sale of 44 per cent of Boursa’s stake to a consortium of investors – Athens Stock Exchange, National Investments Company, First Investment Company, and Arzan Financial Group – in February this year. The Kuwaiti government, through the Public Institution for Social Security, holds a 6 per cent stake in the exchange.

“We are extremely proud to be the first entity that gets privatised in Kuwait. Secondly, we are almost 100 per cent privately owned. We anticipate welcoming our shareholders beginning next year with a good equity story in the upcoming two to three years,” added Al-Osaimi.

In 2018, Boursa Kuwait announced its plans for market segmentation, a common practice among international exchanges. Its premier market segment, that lists prominent entities such as Agility, National Bank of Kuwait, and Kuwait Finance House, has a listing criterion of at least KWD45m ($148m) in fair value of shares not owned by either a person or group controlling the company. The main market segment lowers the threshold amount to KWD15m ($49m).

One of Boursa Kuwait’s reforms stipulated all listed companies in the premier market segment to host a mandatory quarterly analyst conference within five days of the disclosure of their financials.

“We have changed the listing criteria in 2018, where we focused on free float that is being raised rather than a percentage – prior to that, it used to be a cut-off of 30 per cent,” said Al-Osaimi.

“We are very proud that we were able to conclude the work prior to the deadline. The rules have been published, ” said Al-Osaimi, confirming the implementation of the two trading reforms.

Boursa Kuwait is set to close the year on a high note. According to PwC’s Q3 GCC Capital Markets Watch report, the exchange outperformed its GCC peers in terms of cumulative total returns during the first nine months of 2019.

Unsurprisingly, the New Year seems positive too, in terms of anticipated listing activity.

“Other than Boursa Kuwait and Az-Zour, we anticipate an additional one to two (IPOs) in 2020. Most of the IPOs in the upcoming 12 to 18 months will be of non-banks. I don’t anticipate any financial institutions to be a part of this. However, I anticipate something probably from services, real estate, industries or family businesses,” noted Al-Osaimi.

On a regional level, Saudi Aramco’s IPO will not only drive local momentum but is also expected to draw greater attention to the region that could act as a catalyst for increased activity amid regional equity markets.

“I am really glad that the Saudi government has decided to IPO Aramco in Saudi rather than on other international exchanges, as it will get more attraction for the region as a whole.

“Saudi Aramco is very well known, and investors will have more appetite to look into it. Any analyst who didn’t cover the region will definitely cover Aramco, and that will give exposure to the whole region. In Kuwait, our own pilot testing entails the privatisation of the government-owned Az-Zour power plant. We hope that it will be successful and hopefully others will follow the footsteps of the Saudi government.”