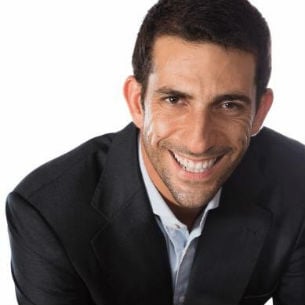 A former Bank of America Merrill Lynch banker is starting a boutique consultancy firm in Dubai aiming to capitalise on a revival of corporate activity in the region and a retreat by big investment banks.

Ziad Awad, a veteran investment banker with nearly 20 years of experience at Merrill Lynch and Goldman Sachs Inc, is setting up Boardroom Metrics Arabia to offer services to companies ranging from M&A and strategic advice to marketing.

His new venture aims to benefit from the strong economic growth and rising incomes in the Gulf countries that have revived interest in the region from companies seeking to move in through acquisitions or joint ventures.

And there is an opportunity for smaller advisory firms because international banks operating in the Middle East have scaled back since the financial crisis and are mainly focused on large clients such as sovereign wealth funds and state entities.

This leaves a gap in financing and M&A advisory for small and medium-sized firms, where deals range from $50 million to $200 million.

Awad said his firm aimed to offer specialised services to clients which are looking to develop their businesses in the Middle East.

Awad, who left BofA Merrill last year where he was a managing director at its investment banking division, has already brought in senior executives such as Nasser Saidi, a Lebanese politician and economist who previously served as the chief economist of the Dubai International Financial Centre.

Awad said in an interview the firm was seeking to add senior strategy consultants and coaching experts and also people with expertise in oil and gas industry.

“I wanted to do something which was … not capital intensive but offering (an) opportunity to tap into the experience and expertise of senior professionals in the region.”

Global investment banks have scaled back their Middle Eastern operations due to a dearth of deals and pressure to cut costs to recover from the crisis.

Deal activity has revived in the region in 2013 with investment banking fees rising 28 per cent in the first half of the year to $357 million. But many of the big banks have been slow to fill vacancies or add new staff.

French banks such as Credit Agricole and BNP Paribas have cut lending exposure to the region, while banks such as Royal Bank of Scotland has exited its investment banking business in the region.

Boardroom Metrics, originally based in Ontario, Canada, is a franchise-based consulting business with about 25 consultants. Awad is launching the consultancy in the Middle East and will be its regional chief executive.

Its business model is based on a network of senior banking and financial industry executives who offer services to corporate clients.

Other former investment bankers from the region have also set up specialist boutiques betting on an upturn in activity.

The boutique advisory model in the region was pioneered by Lebanese-born banker May Nasrallah, who left a senior investment banking job at Morgan Stanley Inc in 2009 to start her own advisory firm deNovo Corporate Advisors in Dubai.

“There are immense opportunities to cater to businesses here in the region which the global banks are completely missing out on,” a Dubai-based banker at a large firm said, speaking on condition of anonymity due to sensitivity of the matter.

“As they re-evaluate their business models in the region, you would expect to see more bankers taking the entrepreneurial route.”