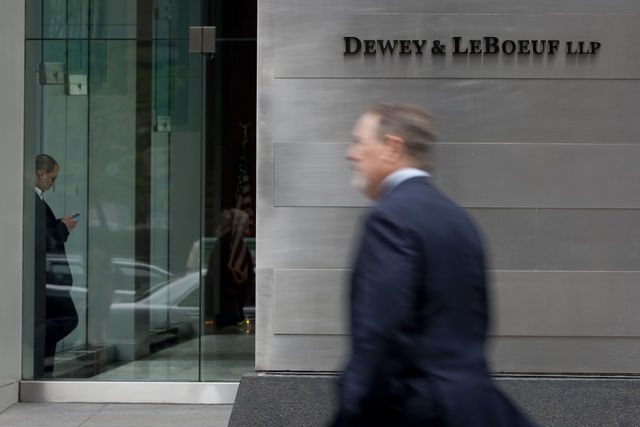 The former head of defunct New York law firm Dewey & LeBoeuf has become the top legal adviser to the government of Ras al Khaimah, according to an internal government memo.

Steven Davis, who was blamed by some of his former Dewey colleagues for mismanaging the law firm by giving outsize pay guarantees to lawyers, will be chief legal officer of the Middle East government, according to the memo reviewed by Reuters on Tuesday. Ras al Khaimah is one of the United Arab Emirates and is ruled by Sheikh Saud bin Saqr Al Qasimi.

The memo, which was signed by executive committee chairman of the Ras al Khaimah’s Investment and Development Office Salem Ali Al Sharhan on Dec. 8, also said Davis would assume the role of CEO of the IDO.

Dewey & LeBoeuf, the law firm Davis chaired, was one of the United States’ largest and most profitable law firms and served as lead adviser on high profile matters including the bankruptcy and sale of the Los Angeles Dodgers.

In May 2012, it became the largest law firm to file for bankruptcy in US history. Its demise has widely been attributed to a high number of pay guarantees that the firm’s management gave to top-ranking partners, according to lawyers who worked at the firm and legal experts.

Davis is an energy lawyer and served as the head of Dewey & LeBoeuf since it was formed in 2007 through the merger of Dewey Ballantine and LeBoeuf Lamb Greene & MacRae.

In April, Davis agreed to pay $511,145 as part of a settlement releasing him from mismanagement claims by the trustee recovering money on behalf of the estate of the failed firm.

A year earlier, the Manhattan district attorney’s office launched an investigation into Davis and his alleged financial mismanagement of the firm. Davis has denied wrongdoing. As of April this year, sources had told Reuters the investigation was ongoing. A Manhattan DA office spokeswoman declined to comment on Tuesday about the status of the investigation.

Davis’s appointment was earlier reported by The Wall Street Journal.