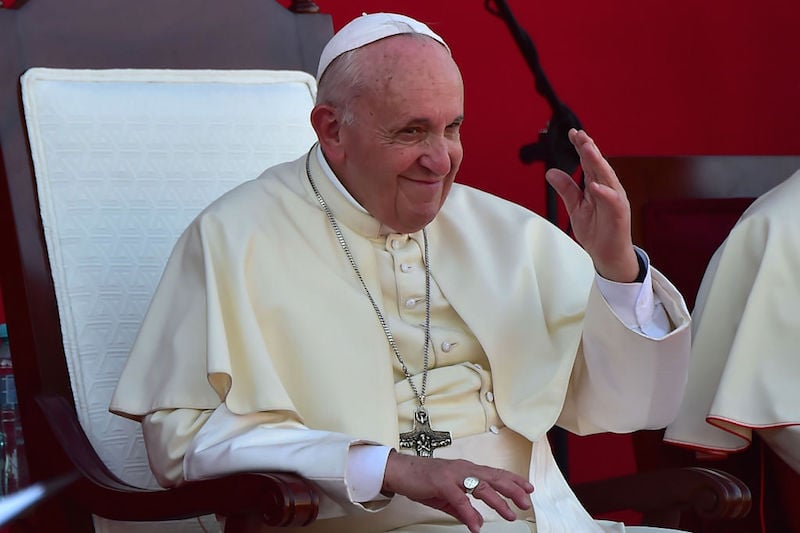 Pope Francis is set to visit the UAE this year for a landmark, three-day visit which will take place from February 3 to 5. It will be the first time a Pope has ever come to the UAE.

The visit coincides with the UAE’s celebration of the Year of Tolerance, which was declared by UAE President Sheikh Khalifa bin Zayed Al Nahyan in December 2018.

The Pope’s visit to the UAE comes after an invitation was extended by Sheikh Mohamed bin Zayed, Abu Dhabi Crown Prince, during his visit to the Vatican in 2016.

A three-day schedule has already been released for the monumental visit.

Pope Francis is scheduled to arrive at the Abu Dhabi Presidential Airport on February 3, where he will be received by Sheikh Mohamed.

On February 4, there will be a welcome ceremony at the main entrance of the Presidential Palace, followed by an official visit to the Crown Prince at the Palace.

On the same day, the Pope will also visit the Abu Dhabi Grand Mosque and attend a private meeting with members of the Muslim Council of Elders, after which the International Interfaith Meeting, the primary cause for the Pope’s visit to the UAE, will take place at the Founder’s Memorial.

Read: Pope to meet with Grand Imam in Abu Dhabi next month

On February 5, the Pope will pay a private visit to the Cathedral in Abu Dhabi followed by the Holy Mass at Zayed Sports City Stadium.

An estimated 120,000 people will be able to witness the mass in person and tickets are being distributed to several churches in the UAE, which is home to nearly a million Catholics.

The event will also be live streamed and broadcast in churches across country, the papal visit website as well as on the Vatican’s YouTube channel.

Following the mass, a farewell ceremony will be held at the Abu Dhabi Presidential Airport, after which the Pope will depart back to Rome.