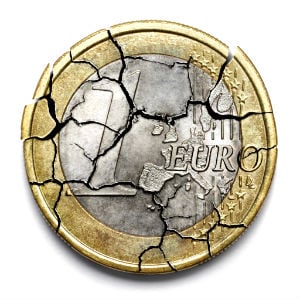 The Eurozone crisis needs to be tackled immediately or else it could have dire consequences, the Organisation for Economic Cooperation and Development (OECD) warned in its latest report.

“Failure to act today could lead to a worsening of the European crisis and spillovers beyond the Eurozone with serious consequences for the global economy,” the report said.

The OECD has dropped its previous GDP growth predictions for the Eurozone region, and now forecasts a 0.2 per cent contraction for 2012 and 0.9 per cent growth for 2013.

“Confidence remains weak or is even declining, financial markets are again volatile, and deleveraging has barely begun. Fiscal drag on growth from consolidation may be significant, especially in some countries,” said the OECD.

Lack of action may even result in the Eurozone falling into a “severe recession,” it said.

While the GCC as a whole is expected to be adversely affected by the crisis, a senior Saudi official clarified this week that the Kingdom would largely remain immune.

Muhammad al-Jasser, a former governor of the Kingdom’s central bank, said that impact of Eurozone crisis would be limited, because of Europe’s efficient use of oil and Saudi Arabia’s “negligible exposure” to European banks.

“If Europe has a serious recession it will affect the whole world, but it will affect us less,” Jasser said. “Our ability to maintain a good level of spending will be okay,” he added.