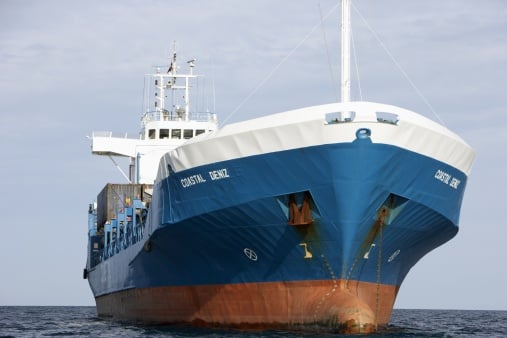 Total had also sold a 1 million-barrel cargo of light sour Murban for August loading to the Mediterranean, they said.

High prices on Europe-destined sour crude coupled with weak demand for sour crude in Asia has opened a price gap over the last month, which has allowed these movements.

“Sours are still weak in the east, while in the Mediterranean there has been an acute shortage,” one regional trader said.

Urals has rallied in recent weeks to an all-time high on various factors, including Russia diverting flows from Europe to China and to Russian domestic refiners to meet summer demand.

The shift in Russian flows is felt more acutely as the market must already do without Iranian and Syrian crude, which are cut off due to western sanctions.

The two Emirati shipments follow another arbitrage movement of Omani crude to the Mediterranean. Trafigura sent a 1 million-barrel cargo, which arrived at Huelva in Spain at the end of June, trading sources and Reuters AIS Live ship tracking showed.

Since 2009, some 1.8 million bpd of European capacity has been mothballed and more is expected to be shut in.

August Brent’s premium to Dubai rose to just above $5 a barrel on Tuesday, the highest since March, Reuters data showed.

The Middle East crude market was weak in June to August due to refinery maintenance in Asia while lacklustre margins discouraged refiners from processing more crude.

There was excess supply from UAE’s state oil company ADNOC as refiners had shunned the grades due to high official selling prices. An unexpected release of additional June-July Oman cargoes by Oman’s Ministry of Oil and Gas also added to the supply overhang.

But such movements were more likely to come from majors with large refining systems as the barrels would need to be prompt as September loading Omani was already trading, one said.

Stronger demand from Asia for September barrels may also deter sellers from sending cargoes west. Asia’s demand for ADNOC grades has improved for September after ADNOC cut its OSPs while better refining margins are encouraging refiners to more crude.

The Mediterranean price on Urals, the region’s most liquid grade, hit an all time high last week at dated Brent plus $1.00 cif Augusta.

Similarly, the price in Northwest Europe has been at a premium to benchmark dated Brent for most of June, peaking near all time highs at dated Brent plus 60 cents.

From virtually zero five years ago, Russia’s oil exports to China and the Pacific coast have risen to 750,000 bpd or 17 per cent of its total, and they are set to double in the next five years.

Meanwhile, flows of alternative Iraqi medium sour Kirkuk to the Mediterranean remain sketchy and expensive, due to hefty demurrage charges as tankers wait for weeks to be loaded.

The Kirkuk-Ceyhan pipeline, which carries the grade to the Turkish Mediterranean port, has only just resumed flows after a halt since June 21 due to a leak.