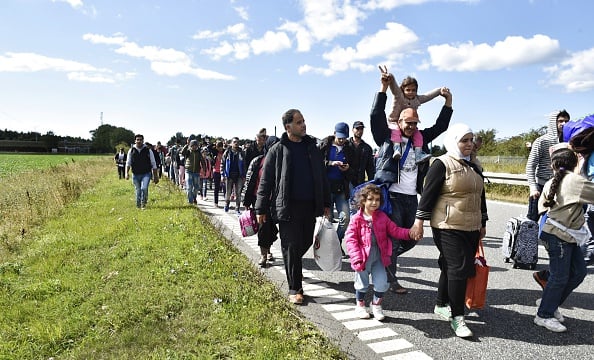 An Arab family scrambling across borders in Eastern Europe or a young boy washed up on a Turkish beach. These are the main images evoked today when people think of migration.

But it is not just a movement restricted to the desperate, poor or downtrodden.

The world’s ultra wealthy are migrating in greater numbers than ever before through residency or citizenship schemes costing hundreds of thousands – or even millions – of dollars.

These individuals are more likely to arrive via private jet or helicopter than on foot with little more than the clothes on their back. Yet they follow the same migration trend that has seen 350,000 cross European Union borders from January to August this year.

Slightly less than 60 per cent of ultra high net worth global second citizen- ship/residence applicants come from the Middle East. Of these, many are from war-torn or politically unstable countries. Lebanon (15 per cent), Egypt (7 per cent) and Syria (7 per cent) rank second, third and fourth respectively as countries of origin for applicants globally. Indeed, ultra high net worth individuals from Syria are found to be 300 times more likely to apply than those from the United States.

“I’d say 80 per cent are coming towards Europe. Less than 10 per cent are going to the United States or Canada from the Middle East right now and the balance is investing in the Caribbean,” says citizenship-by-investment special- ist Arton Capital’s chief executive officer Armand Arton.

A survey conducted by The Economist Intelligence Unit of 213 high net worth individuals, who migrated from their country of origin, have acquired new citizenship or plan to do so, found that 75 per cent cited quality of life concerns. In addition, 64 per cent said they expected to find a safer physical environment and 42 per cent were in search of better opportunities for their children.

“I’d actually say there is recognition that both are the same but in very different circumstances. People want safety and they want opportunities for their family. Whether they have lots of capital or no capital these are fundamental human needs,” argues Global Investor Immigration Council founding chair Mykolas Rambus.

However, the welcome this wealthy 1 per cent receives can differ greatly from that of the 99 per cent. In Hungary, for exam- ple, where migrants previously stopped over on their way to Sweden or Germany, drastic measures have been taken in recent months to prevent unchecked migration including barbed wire fences and soldiers patrolling the border. In contrast, those with ¤300,000 to invest are welcomed with open arms and can place themselves on the path to permanent Hungarian residency by purchasing a special government bond.

“It is a challenge, I have to admit when a country attracts on one side wealthy immigrants and on the other side wants to stop the flow of refugees,” says Arton, who estimates Hungary has raised half a billion dollars from its scheme over the last three years.

These cases do not help the perception of an industry that has been accused of desecrating passports and diluting national identities. Industry participants are all too aware that it has been an easy target for criticism in the past.

They have, therefore, formed two groups with an eye to avoid the pitfalls of other industries now subject to heavy regulation like private banking.

The Global Investor Immigration Council and Investment Migration Council were both formed in October last year to protect the reputation of the industry and provide some form of self-regulation.

“There have been blips over time about the industry and how it is perceived. Is it, and I’m amiss to say, money for passports? The answer is no, but there needs to be a counter narrative that is successful,” says Rambus.

It is with this in mind that Arton chose the annual Global Citizens Forum last month – attended by high net worth individuals, music stars, a former United Nations secretary general and even a Caribbean prime minister – as the stage to launch a new initiative.

The ‘global citizens tax’ is a proposed 1 to 5 per cent levy on citizenship/residency investor programmes to help fund the most pressing humanitarian needs in countries or regions.

Investor programmes in European countries including the United Kingdom, Cyprus, Malta, Bulgaria, Spain and Portugal have attracted more than ¤5bn in capital over the last 18 months. Arton, therefore, estimates up to EUR 1bn could be raised within 60 months of the implementation of a levy.

“We’re going to push everywhere we can to pass the message, we need one country, one region or one economic union of countries that will implement it to show to the world a more direct impact from wealthy immigrants to the less fortunate,” he says.

The next challenge will be encouraging countries to implement it, particularly given the more competitive marketplace on the horizon.

He estimates that the number of investment schemes will increase from more than 20 today to 40 in the next five years as countries including Montenegro, Croatia and Serbia eye their own programmes. Supply is likely to outstrip demand, meaning competition between countries to attract wealthy migrants will increase.

It is hard to imagine the 369,500 people in need of resettlement next year from the Middle East and North Africa, according to the United Nations High Commissioner for Refugees, will be met with quite the same enthusiasm.