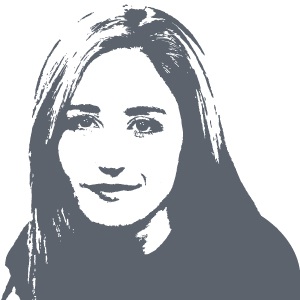 It wasn’t enough for Europe to have one major election; it had to have two on the same day. The results of elections in France and Greece could be described as “risk negative” events. Hollande’s win over incumbent Sarkozy has caused the markets to worry about cooperation between France and Germany, the currency bloc’s de factor leaders. While the thumping received by the pro-bailout parties in the Greek elections has fuelled concern that Greece could be forced to leave the Eurozone.

The markets’ immediate reaction was risk negative – hardly surprising. The Greek stock market underwent the heaviest amount of selling. Markets are notoriously dreadful at pricing in political events. So what do we need to know about the situations in France and Greece and how could they affect the markets in the near-term?

Francois Hollande built his election campaign on re-drafting the Eurozone’s Fiscal Pact. He wants to slow down the pace of austerity and try to boost growth as a way to reduce debt levels. This puts him on a collision course with Angela Merkel; however, it might not be as bad as some market commentators have suggested.

Luckily for Hollande growth has deteriorated so sharply in the Eurozone that even the uber-capitalists who work in financial markets think that Merkel could be overdoing it with the austerity. So if Hollande can blunt Merkel’s sharp-edges when it comes to balancing national budgets in record speed, he could be hailed by the markets as a stabilising force. But for those people who think that Hollande could come in as some sort of challenger to Merkel on the European stage, think again. Hollande’s victory reminds me a bit of Obama’s. It could be impactful but is likely to be hampered by high debt and unemployment levels.

Will EURUSD fall below 1.30? This is the key question for currency traders right now. The fundamental back-drop looks challenging for the euro. Although the Merkel vs. Hollande rift seems overdone, Greece is the real problem. The leader of the New Democracy party announced that he had failed to form a coalition government. The baton is now passed to the leader of the radical left wing Syrizia party, Tsipars, to form a government. It appears that he wants to hold new elections to try and win the premiership in June. However, these elections could coincide with Greece running out of money, which makes them a much riskier prospect than the first round of elections.

However, why has the euro not fallen through the floor? Back in 2010, the mere mention of the word bailout caused EURUSD to dip below 1.20 at one stage, so why the resilience now? It could be down to a couple of reasons. Firstly, as some commentators have pointed out the anti-austerity parties are not anti-Eurozone membership. Thus, the election deadlock in Athens does not necessarily mean that the break-up of the euro is imminent. If anything, Greece is more likely to be kicked out of the currency union, and even some EU officials have hinted that it is Greece’s “decision” to stay in the currency bloc. Potentially a currency union without Greece could be more stable than with Greece remaining a member.

Next month will be critical for the future of the Eurozone, and the uncertainty it causes could weigh on risk assets and the euro. In the next four weeks we should know who is controlling Greece, whether or not it runs out of money or chooses to adhere to its bailout terms and how Hollande and Merkel get along. There are high levels of market risk associated with these events, which we believe is euro negative.

However, because the euro has traded in such a tight range since the start of this year, we do not expect to see a sharp dive lower for this pair – rather we think it will move lower in incremental steps. Below 1.30 the ultimate support is the 1.2670 lows from January 16th this year. So, the break below 1.30 since the Greek and French elections is a significant event for us and may be a watershed moment for EURUSD.