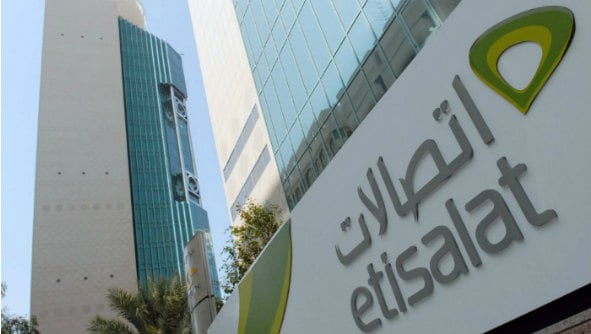 The country’s largest telecoms operator issued a statement on Wednesday to say its net profit rose 6 per cent, but it did not provide a breakdown of its net profit attributable to shareholders, a measure closely watched by investors.

On that basis, net profit was Dhs1.97bn ($536.4m) in the second quarter compared with Dhs2.31bn in the prior-year period, a bourse filing showed.

The lower profit was due to higher impairments and a slump in revenues.

Etisalat will distribute an interim dividend of 40 fils per share for the first half of 2017, the statement said.

The company’s UAE subscriber base reached 12.4 million up 2 per cent from a year earlier.

Earlier this month, Etisalat terminated a management agreement with its Nigerian arm, while giving the business time to phase out the Etisalat brand in Nigeria.

Etisalat had a 45 per cent stake in the Nigerian business.

Etisalat operates across the Middle East, Africa and Asia. Its shares were up 1.36 per cent late morning trade.