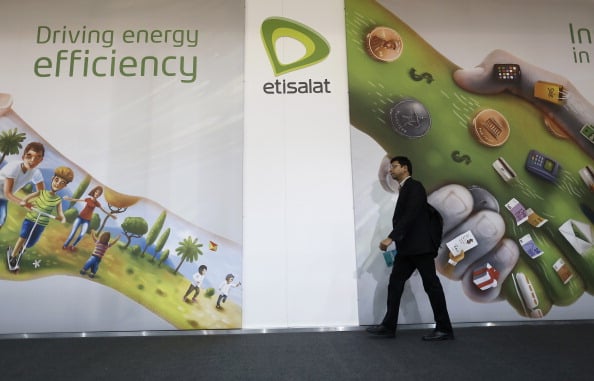 Abu-Dhabi-based telecoms firm Etisalat has asked banks to extend commitments to an acquisition loan backing its 4.2 billion euro ($5.79 billion) purchase of a stake in Maroc Telecom but will not pay fees until the deal closes, bankers said last week.

Etisalat, the Gulf’s largest telecom company, agreed an $8 billion loan in April to finance its acquisition of a 53 per cent stake in Maroc Telecom from Vivendi which was agreed in November after months of negotiations.

Banks have had the loan commitment on their balance sheets for eight months but will not earn any money until the acquisition is completed and Etisalat signs and draws down the loan, which is expected in January, one banker said.

“Banks have been on the hook for a long time and have not been paid anything for it,” a senior banker said.

Banks’ willingness to agree to Etisalat’s requests shows borrowers calling the shots in a liquid market and highlights banks’ desperation to book fee-earning acquisition loans in a year of low mergers and acquisitions (M&A) activity.

The extended timeframe of Etisalat’s loan however and the late payment of fees may make its loan far less profitable for some banks than most M&A deals.

“The protracted nature of this deal makes it a challenging proposition. This just hasn’t been the great M&A fee event that it might have been,” the senior banker said.

Etisalat’s loan will cover the acquisition and any shares that have to be bought in a public tender, the first banker said.

The $8 billion loan was originally structured as a term loan and a bridge loan that was expected to be refinanced with a bond sale. BNP Paribas is acting as financial adviser.

Bankers are frustrated and worried that an unwelcome precedent has been set in the long-running process by lenders under pressure to do business.

“Banks are not helping themselves. The current financing right now works for nobody,” the senior banker said.