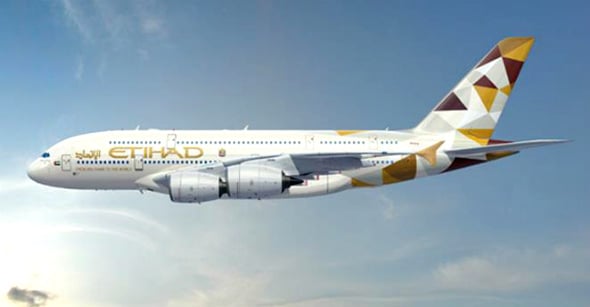 Abu Dhabi carrier Etihad Airways reported a 52.1 per cent rise in its 2014 net profit to reach $73 million, on the back of increased revenues and strong growth in passengers.

The airline’s total revenues stood at $7.6 billion last year, up 26.7 per cent compared to 2013, it said in a statement on Thursday.

Earnings before interest, tax, depreciation, amortisation and rentals were up 16.2 per cent to $1.1 billion, representing a 15 per cent margin on total revenues.

James Hogan, president and CEO, Etihad said: “Our shareholder has set a clear commercial mandate for this business. Our focus is on sustainable profitability and our fourth year of net profits, at a time when we continue to invest in the new routes, new aircraft, new product and new infrastructure needed to compete effectively, shows we are serious about that goal.”

Etihad carried 14.8 million passengers in 2014, an increase of 22.3 per cent year-on-year. Revenue passenger kilometres – measuring passenger journeys – rose by 23.6 per cent to 68.6 billion, while available seat kilometres – representing capacity – grew by 21.8 per cent to 86.6 billion.

The growth in passenger demand and revenue over the 12-month period was higher than Etihad’s capacity increase, the statement added.

Etihad also focussed on growing its partnership base, and last year received final approval for its 49 per cent investment in Air Serbia.

It also invested €560 million to acquire a 49 per cent shareholding in New Alitalia, a 75 per cent interest in its loyalty programme and the future purchase of five pairs of London Heathrow Airport slots for lease back to Alitalia.

Overall, codeshare and equity partners delivered revenues of $1.1 billion in 2014, up 37.7 per cent year-on-year. The amount represented 24 per cent of Etihad’s total passenger revenues.

“Today, Etihad Cargo is one of the largest cargo operators in the world. We are forecasting significant growth for 2015, driven by key initiatives to expand its capacity and scope, and to leverage equity and other partnerships,” said Hogan.

Going ahead, the airline remains optimistic about growth in 2015. It plans to introduce 16 aircraft into its fleet this year, including nine wide-bodies (one Boeing 777-300ER, four Boeing 787 Dreamliners and four Airbus A380s) and seven narrow-body Airbus A320 family aircraft.

The airline currently has more than 200 aircraft on firm order, together with options and purchase rights for 66 additional aircraft.

“Although our growth continued strictly to plan in 2014, we are currently faced with unprecedented external challenges. Of particular concern has been the rise in aggressive protectionist sentiment in Europe and the US, where both Etihad Airways and its partner airlines are being targeted,” said Hogan.

“These attempts to limit competition are detrimental to consumer choice. They threaten to damage the significant progress that our airline has made in offering improved travel connections, product and service standards, and value for money.

“Despite these hurdles, Etihad Airways will continue to grow as planned in 2015,” he added.