An Etihad Airways flight flying to Jakarta was forced to return back to Abu Dhabi International Airport on Wednesday morning after an engine issue.

Flight EY474 took off from the UAE capital at 2.57am on Wednesday, slightly ahead of its 3am departure time, but was forced to return just about eight minutes after take-off, according to Flight Radar. 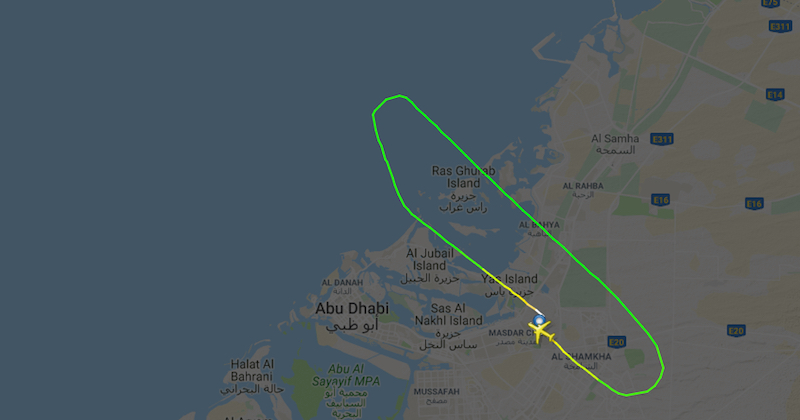 An Airbus A330 was operating the route.

A passenger confirmed on Twitter that he heard an “explosion” from the right engine soon after take-off and that the aircraft unstable for few seconds.

@EtihadHelp EY 474 from Abu Dhabi to Jakarta, around 1 min after take off i heard an explosion from right engine, and aircraft unstable for few seconds. Pilot manage to land the aircraft safely back to abu dhabi airport, and now we are waiting for explanation.

In a statement, Etihad affirmed that the flight returned to Abu Dhabi Airport shortly after take-off due to a “technical issue with one of its engines”.

“The aircraft landed safely and passengers disembarked,” it said.

“A replacement aircraft was provided and the flight departed at 7.30am (Abu Dhabi local time). Etihad Airways apologises for the delay and inconvenience to passengers. Safety is the airline’s number one priority,” it added.