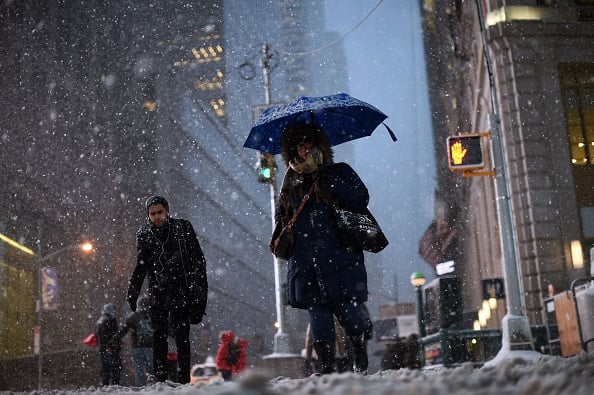 Abu Dhabi airline Etihad Airways has advised travellers that flights to Northeastern parts of the US have been cancelled due to the severe winter storm that has hit the region.

Etihad Airways’ flight EY103 from Abu Dhabi to New York on January 27, 2015 has been cancelled and as a consequence, EY102 from New York to Abu Dhabi on 27 January is also cancelled, the airline said in a statement.

Also, flight EY101 going from Abu Dhabi to New York on Tuesday was delayed, which in turn is expected to cause a marginal delay to the departure of EY100 from New York to Abu Dhabi on January 27.

“The airline is monitoring the weather conditions closely and has contingency plans in-place should there be further disruption to its remaining flight schedule,” it said.

The carrier also said it is assisting all affected passengers and advising them of itinerary changes.

For travellers who have already purchased tickets involving travel to/from New York, Washington D.C, and Chicago on January 27 and 28 and who want to alter their flight plans because of the storm, Etihad is offering the following options –

One free of charge move to another date of travel on/before January 30 2015 in the original class of booking; no-show and change fees waived for this instance only with any subsequent changes subject to normal reissue fees; cancellation and refund charges as per applicable rule.

The massive winter blizzard in Northeast US has led to the cancellation of over 4,500 flights at US airports, according to FlightAware.com.