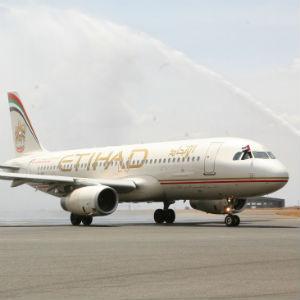 Etihad Airways has received approval from the Australian Government to increase its equity stake in Virgin Australia to a maximum of 10 per cent, the airline announced in a statement.

The Abu Dhabi carrier currently has a 4.99 per cent stake in Virgin Australia, acquired earlier this year, and had applied to the Foreign Investment Review Board to raise the level of its investment.

“The strategic partnership has already delivered significant revenues to each airline. It is expected that the equity stake in Virgin Australia will lead to further revenue generating opportunities,” Etihad said.

Etihad, which recently bought a three per cent stake in Irish airline Aer Lingus, already has stakes in airberlin and Air Seychelles. Together these five airlines carried 72 million passengers across 376 aircraft in 2011, generating combined revenues of more than $14 billion.

Earlier this month, the Abu Dhabi airline announced that it made revenues $1.25 billion in the second quarter of this year, a 31 per cent increased compared to Q2 last year.