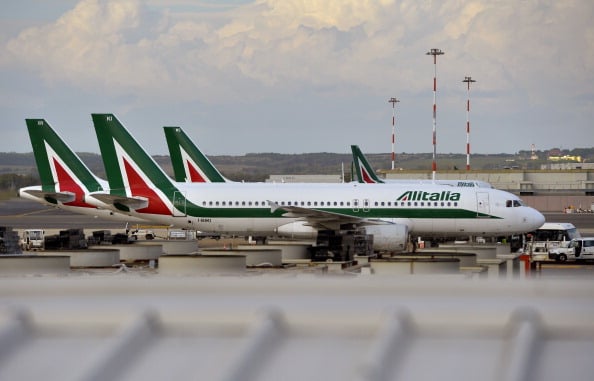 Alitalia cancelled 60 per cent of scheduled flights on Wednesday as employees staged a 24-hour strike to protest against the loss-making airline’s plan to cut 16 per cent of its staff and reduce flight personnel’s salaries by a third.

Italy’s flagship carrier, which is 49 per cent owned by Etihad Airways, has made an annual profit only a few times in its 70-year history. It is in a race against time to win union support for its latest turnaround plan as it seeks to unlock financing and avoid having to ground planes.

“We are on strike for the hundredth time because this crisis at Alitalia, all the crises, and the industrial plan … are always against the workers,” Paolo De Montis, a representative of the USB union, said outside Rome’s Fiumicino airport where hundreds of workers gathered.

Alitalia CEO Cramer Ball has said the cuts were “painful but necessary”. Despite several overhauls and cash injections over the years, Alitalia is losing at least half a million euros ($533,000) a day and could run out of cash in the coming weeks unless shareholders agree to pump in more money, sources say.

Fiumicino’s main terminal was deserted as only a few passengers, who did not know about the strike, had turned up.

The airline said it would be operating a normal schedule for six hours on Wednesday to mitigate the strike’s impact.

“Workers need to get what they deserve but at the same time it’s really difficult when they interrupt travel, it really hurts the economy,” said Greg Curtis, a passenger from Florida, the United States.

Alitalia said last month it expects to return to profit by the end of 2019 through 1 billion euros of cost cuts over the next three years and a revamp of its business model for short and medium-haul flights.

After buying into Alitalia in 2014, Etihad pledged to return the airline to profit by 2017, but the turnaround has faltered in the face of competition from low-cost airlines such as Ryanair and high-speed rail services, while deadly attacks across Europe have dented demand for travel.