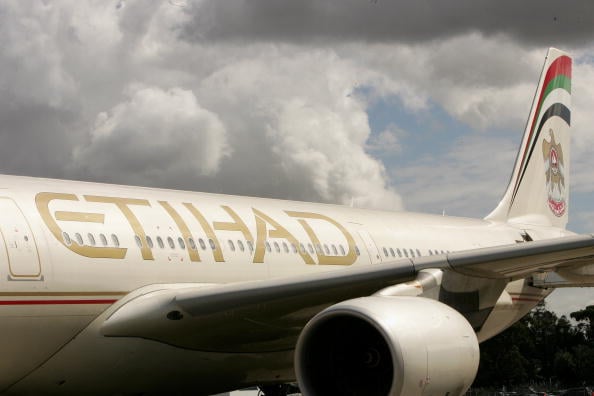 Etihad Airways has answered U.S. airlines’ claims that the Abu Dhabi-based carrier benefits from subsidies, alleging that those airlines received more than $70 billion in government support since 2000, largely via bankruptcy protection and pension guarantees.

Etihad presented its subsidy claims as the Obama administration is slated to broaden its review of U.S. carriers’ allegations that Etihad, Emirates and Qatar Airways have received more than $40 billion in Gulf-state subsidies, letting them lower prices and push U.S. competitors out of certain markets.

The Gulf carriers have denied the subsidy allegations. Rather, Etihad says it has received equity and loans from its sole shareholder, the government of Abu Dhabi.

“We simply wish to highlight the fact that U.S. carriers have been benefiting and continue to benefit from a highly favorable legal regime,” Etihad’s General Counsel Jim Callaghan said in a news release.

“The Chapter 11 (bankruptcy) process is not a ‘subsidy,’ as established by international trade law,” said Jill Zuckman, spokeswoman for a U.S airline-union coalition known as the Partnership for Open & Fair Skies. “In addition, U.S. taxpayers are not liable for any restructuring of airline pension plans in bankruptcy.”