Entrepreneurs Should Just Do It | UAE News 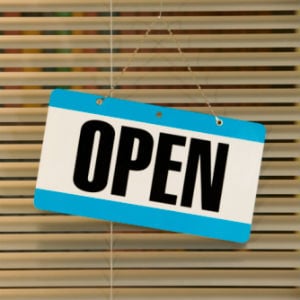 The focus on the Gulf region’s small and medium enterprises (SME) industry has never been stronger. According to Omar Christidis, founder of the annual Arabnet Digital Summit, at least $500 million is currently available in the region to promote start-ups.

Riyada Enterprise Development (RED), the small and mid-cap investment platform of private equity fund Abraaj, has signed agreements worth $20 million so far this year, according to Tom Speechley, CEO of RED.

But while the resources are plenty, few enterprises are investment-ready, said Christidis. “How many start-ups are ready for that level of investment? Not many.

We have a gap in the early stage, in hand- holding and cultural aspects,” he said.

Being an entrepreneur in the Gulf region is not easy, admits Naif Al-Mutawa, the CEO of the Teshkeel Media group and creator of The 99 comic series.

“In the US, just because you fail in one company, and then a second and then a third, it doesn’t mean you won’t get money for the fourth; it just means you learnt from the experience. Here, there’s a stigma associated with failure,” he said.

In fact, even raising money the first time can be quite a challenge, as some regional investors view ideas as commodities and attempt to take control, he said.

“If the IP protection is poor and I can’t protect what I create and can’t own what I create, then why would I do it? Why take a big risk when I can take a salary from another job?

“Everybody has money, but not everyone has ideas. So the idea has to be valued more than the money,” he said, adding that these perceptions must change for regional entrepreneurship to thrive.

According to Joanna Harries, the company’s director for international expansion, there is an increasing buzz around entrepreneurship in the region.

“It’s certainly not like being in the US where it’s a badge of honour to be an entrepreneur, but I think its getting closer to that, particularly with all the jobs that need to be created,” she said.

Harries agreed that regional entrepreneurs have to struggle to succeed. The high cost of failure aside, the region suffers from a lack of mentors, she said.

“People don’t kind of have that mentality of mentorship and giving back,” she said.

Having a mentor is essential, agrees RED’s Speechley, but warned that not all successful business people are good mentors.

He also advised entrepreneurs to be careful while selecting their business models.

“The businesses we are mostly attracted to are in some ways quite boring businesses,” he said. “Because they are predictable and they fill an obvious need rather than an unobvious need,” he said.

According to Mutawa, entrepreneurs should appreciate the risks of the business well and not oversell to investors. “Don’t mistake luck for skill -it’s very easy to do, and very much responsible for why a lot of people lost a lot of money,” he said.

“And for entrepreneurs in the region, I would say don’t ask for permission to do your project,” he said. “Because people tell you 100 reasons why you shouldn’t do things. Don’t ask – just do it and if you make a mistake, say I’m sorry.”