Are there enough engineers in the GCC? - Gulf Business 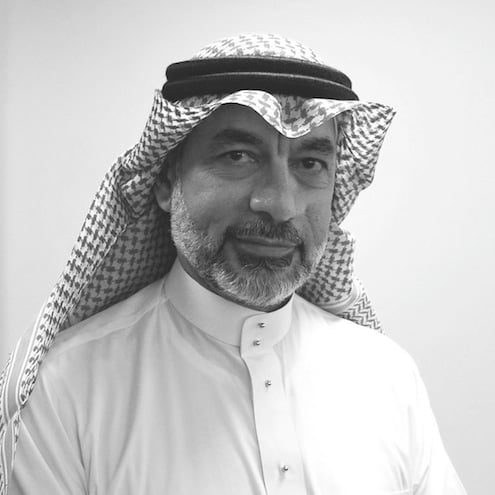 Ours is the age of technology. Society’s reliance on critical human infrastructure – power, water and telecommunications systems – is without historical precedent.

Gulf States’ infrastructure investments are set to maintain the upward trajectory of the last two decades. Figures vary, but according to Ventures Onsite, for example, infrastructure project awards across the Gulf Cooperation Council (GCC) States exceeded $86 billion in 2014, an increase of 77.8 per cent over 2013.

Looking forward, Saudi Arabia provides a good indicator of the region’s investment trends. The Kingdom has, according to MEED, $127 billion worth of non-hydrocarbon projects at the design and main contractor bid phase as of January this year. In terms of critical human infrastructure, my area of expertise, Saudi Arabia has more than $16 billion worth of upcoming power and water projects.

While the fall in oil prices may lead to a slowdown in some of this investment, it is unlikely projects will be cancelled. In part, this is because critical human infrastructure is something we cannot do without. Gulf States are reliant on desalinated water, for example. Saudi Arabia is estimated to require almost a billion gallons a day of additional capacity to meet demand and reserve margin needs by 2020.

In contrast to many Western countries, much of the Gulf’s infrastructure spend is on new-build projects, rather than upgrading ageing legacy assets. This typically means greater potential to use sophisticated state-of-the art equipment. Remaining with desalination for a moment, a tangible example is the plan for the world’s largest solar- powered desalination plant at Al Khafji in Saudi Arabia.

Transforming investments into infrastructure requires engineers. The higher the level of investment, the greater the number of engineers required. The more sophisticated the infrastructure, the more skilled the engineers have to be.

Realising Gulf States’ vision for world-class infrastructure requires an army of engineers. At this point a distinction should be made. Building infrastructure – pouring concrete, fixing steel – is labour intensive and requires construction workers, the sector’s foot soldiers. Their contribution is invaluable; but I am focussing here on the skilled, professionally qualified men and women who plan, design and manage the creation of infrastructure – the commissioned officers.

Gulf States rely upon expat engineers. This is because although local engineering talent exists, the numbers are low in comparison to demand; and the necessary experience can be lacking.

Engineering figures highly among the top 10 jobs performed by the Gulf’s expat workers. They include accountant, manager, engineer, executive, coordinator, civil engineer, senior executive, director, salesperson and mechanical engineer, according to Expat Arrivals. The UK’s Institute of Mechanical Engineers included Abu Dhabi in a list of the top 10 cities to be an engineer citing the Masdar Institute, and high salaries, as part of the attraction.

With engineers, as with water and energy, Gulf States need to develop local, renewable resources. This is central to enabling sustainable development in the long term. Developing the Gulf’s indigenous engineering capability, however, has benefits beyond creating employment opportunities and reducing the reliance on imported expertise. Using more local engineers can enhance project outcomes.

We talk a lot about knowledge transfer, usually in terms of expat engineers helping to develop the talents of their local counterparts. As a Saudi working for a US company operating across the globe, I see the benefits of bringing overseas expertise and experience to projects in the Gulf. But this is a two-way street. Best practice will only work if it is tailored for the market to which it is being applied. So we need local engineers to help ensure the solution being offered to an engineering challenge is both appropriate and sustainable in the long term.

This view is gaining currency. Dr. Alaa Ashmawy, dean and professor of Civil Engineering at American University in Dubai, recently noted in an article: “A lot of companies now are more aware of the need to invest in local talent… because the problems are different. You can get the best engineers from Canada and Australia and Russia but they will not be able to solve the problems that are pervasive in the region.”

Saudisation, Emiratisation, all of the ‘isation’ programmes have a role to play in ensuring Gulf engineers gain the experience they need. Other elements of the development process include the formal knowledge transfer programmes offered by both local and multinational businesses. Our company, for example, hosts Saudi engineering graduates for a three-year programme at our world headquarters. The aim is to expose them to the many disciplines the company undertakes, then allow the graduates to focus upon their preferred field. Feedback suggests they value greatly the opportunity to contribute to live projects and gain experience of clients in multiple markets and regions.

At a more academic level, there are companies like Saudi Aramco, which sponsors undergraduate, graduate and doctoral students studying in North America.

Equally important is what is happening here in terms of post-graduate professional development. Organisations such as the Gulf Engineering Union have a significant role in ensuring the region nurtures engineering talent. The union’s aim, “[Contributing] to the Arabisation of the engineering expression and the transmission of Arab Engineering Standards in cooperation with the governmental institutions,” speaks of another important point.

Through a career in engineering one can contribute directly to Gulf governments’ growth strategies, with their emphasis on the importance of infrastructure development. GCC States are home to many of the world’s iconic engineering projects, and it is time to ensure that the region’s engineers play a greater role in these symbols of the Gulf’s status and ambition.