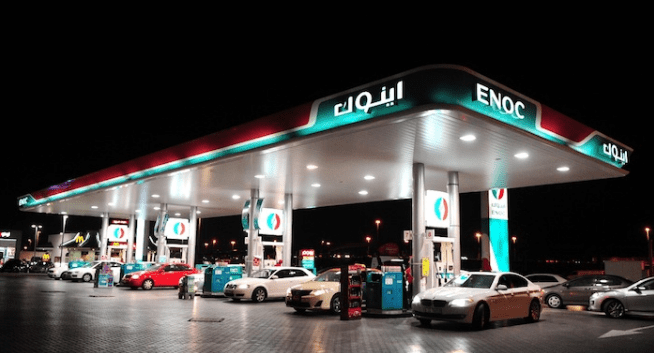 Dubai-based Emirates National Oil Company (ENOC) has said it plans to expand its retail network capacity by 40 per cent between 2016 and 2020.

The renovated service stations will have easier entry, more dispensers and reduced queuing at pumps. They will also have fully-fledged automotive services and retail stores, including ZOOM and Autopro.

The expansion will meet state-owned ENOC’s long-term strategic objectives in line with the Dubai Plan 2021, it said in a statement.

Managing director of ENOC Retail Burhan Al Hashemi said: “We are looking at an increased growth over the next few years as ENOC expands and aims to be an international integrated oil and gas player.

“Our service station expansion programme is part of our growth strategy and we hope to alleviate some of the issues for our customers as we innovate to implement new technologies to promote sustainability, enhance customer experience and ensure the highest standards of health and safety”.

The Dubai Media City service station – currently under renovation – will be the first of the planned projects to showcase this technology.

Its new 120KW PV system will utilise solar energy to power the daytime electrical requirements at the station.

The station is expected to start operating in June 2016.

“Technology and sustainability are the core elements of ENOC’s infrastructure development as is seen through initiatives like ViP (Vehicle Identification Pass) which allows corporate customers with a huge fleet of vehicles to save time and money through cashless transactions; the electric charging pods at our stations; and our green service station,” said Al Hashemi.

The company launched its first ‘green service station’ in Dubai in January 2011. The 7,432 sqm site provides features such as a vapour recovery system – which converts gaseous emissions to liquid – and also uses recycled water.

“The positive reaction to the ‘green service station’ encouraged us to study additional ways to implement its successful elements into our new service stations,” added Al Hashemi.

Overall, ENOC Retail operates a network of over 112 service stations in Dubai and the northern emirates. Last year, over 85 million people visited ENOC/EPPCO service stations across the country.

Regionally, ENOC has three service stations in Saudi Arabia with plans to build 11 more in 2016.