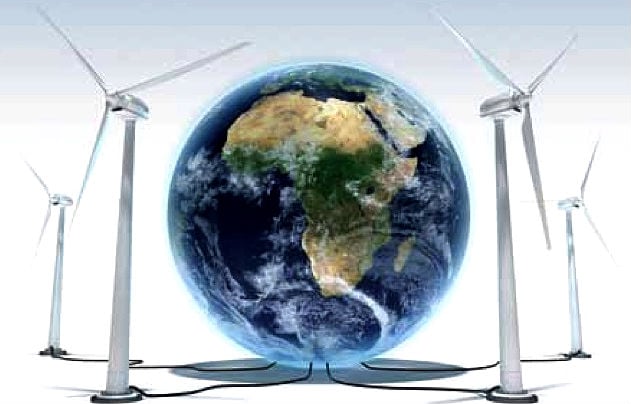 The Middle East has spent more than a decade laying the foundations for a future less reliant on hydrocarbons, and as a result has witnessed the emergence of a series of landmark renewable assets.

Stalwarts Saudi Arabia, UAE and others in the Gulf have launched billions of dollars’ worth of green projects to accelerate change in the regional energy mix.

In the latest move earlier this year, Saudi unveiled plans to increase capacity for photovoltaic (PV) solar power, the most common solar technology, with a programme for renewable power plants. The King Abdullah City for Atomic and Renewable Energy (KACARE), the government department responsible, pledged to install 23.9 gigawatts of renewable power capacity by 2020 and 54.1 GW by 2032, transforming the Kingdom into a world player in green electricity production.

The Saudi government last year announced it is seeking $100 billion in investment to build enough solar energy capacity to supply a third of the country’s future electricity demand, although this will be a long way off.

Meanwhile in March, Abu Dhabi’s Masdar opened the world’s largest solar thermal power plant, the 100-megawatt Shams 1 power station.
Saudi, the UAE, plus Kuwait and Oman have each committed to plans to produce at least 10 per cent of electricity from renewable sources of energy by 2020.

There are however growing fears that despite the launch of these trophy assets and the substantial fiscal surpluses gained through high oil prices, not enough is being done to meet the future needs of the Middle East’s rising population.

Growing economies and populations have led to mass urbanisation in Middle East and as a result a dramatic increase in consumption of oil and gas, which until recent times has been quenched mainly by non-renewable sources.

Raad Alkadiri, a partner and head of markets and country strategies at consultancy PFC Energy, said: “The number one priority for the Middle East is ensuring the balance between revenue generation and domestic energy provision, especially on the gas side. Unless the region manages demand by introducing more realistic pricing and look to new production technology and alternative energy sources, the pressure to deliver at home is going to create difficult choices in the bigger producer states.”

Abu Dhabi-based International Renewable Energy Agency admitted earlier this year that international efforts to double the share of renewable energy from the current 15 per cent to 30 per cent by 2030 are attainable, but that countries need to accelerate investment substantially.

Globally, investment in clean energy projects fell by 11 per cent last year to $268.7 billion, according to a recent report by Bloomberg New Energy Finance.

Although countries such as China, Japan and South Africa increased renewable energy investments last year, a major drop in investments by the US, Spain and Italy offset the gains.

Speaking at the sixth edition of the World Future Energy Summit held in January in the UAE capital, French President Francois Hollande urged all countries to boost sustainable investments in 2013.

If countries fail to invest in renewable energy production, demand for fossil fuels will increase and make their prices unaffordable, he said. Risks of global warming will also go up, he added.

It is estimated that $300 billion of renewable energy investments are needed this year.

But not all countries in the Middle East have the finances to afford this. The growing fiscal disparity in the region is best highlighted by the conditions in Saudi and Egypt. Saudi’s government expenditure in 2012 was $227 billion; $43 billion higher than forecast, yet high oil prices for 2012 meant it recorded a $103 billion surplus. The Kingdom’s 2013 budget has planned expenditure of $219 billion, likely to reach $240 billion, with a forecast surplus of $70 billion, according to projections from Standard Chartered.

In Egypt, the July to December 2012 deficit grew to $17 billion from $12 billion in January to June 2012, due to a 50 per cent rise in spending on subsidies, grants and social benefits. Part of this can be attributed to social pressures; however, the fall in the Egyptian pound is also raising the country’s import bill.

Meanwhile, slow progress on an IMF loan and an undecided date for parliamentary elections will likely push back subsidy reform into 2014. This is likely to keep fiscal conditions challenging.

Elsewhere, whether it can afford it or not, Bahrain is facing problems associated with existing oil fields, which have increased pressure on the government to pursue renewables.

The authorities recently announced that technical problems that had plagued the Abu Safaa oil field – based in and operated by Saudi– were resolved at the end of last year. But Standard Chartered believes this will have a significant impact on 2013 GDP figures.

Overall, it’s becoming clear that the issues at Abu Safaa represented a substantial drag on Bahrain’s 2012 GDP. Its output contracted by 13 per cent and meant that the oil sector’s contribution to headline GDP contracted by six per cent, according to the bank.

In Jordan, the main cause of macroeconomic instability is sharply rising public debt, which increased to 79.1 per cent of GDP in November 2012, versus 70.7 per cent at the end of 2011. This is primarily due to a surging subsidy bill; higher oil prices and frequent disruptions to the main gas pipeline from Egypt have forced the government to import more expensive fuel. Jordan is
a net oil importer and is highly energy- dependent, with imports accounting for 97 per cent of its energy demand.

Nureddin Wefati, head of Mena media relations at Shell EP International in Dubai, said countries across the world urgently need to invest in more supplies of energy. “This energy will need to come from a range of different sources: coal, oil, gas, biofuels, wind, solar, hydrogen, and nuclear – all will be important.

“Over time, renewable energy sources will play an increasingly important role. But the world cannot rapidly switch to these new technologies: it will take decades of development before they reach the scale required to make a significant difference. In light of this, each country will decide the energy mix that best meets their needs.”

Shell is already investing in solar through Showa Shell’s subsidiary Solar Frontier, which has already started production of small scale solar energy in both Saudi and Abu Dhabi. But for the time being Shell’s “big bet” in renewable is placed in biofuels, notably through
the $12 billion Cosan joint venture in Brazil – and while this might seem to be all about terrestrial mobility, there will likely be significant deployment of biofuels to meet the growing demand for more sustainable aviation fuels, something of relevance in the Gulf
with its rapidly growing air carriers.

“Perhaps the top technical priority is to prepare for an era when the ‘easy oil’ is finished,” said Wefati. “The vast reserves of the Middle East are far from being exhausted, but we enter a phase where watercuts are increasing, reservoir pressures decreasing, and more grey cells are required to coax each barrel out of the ground. Experts would argue that Oman is already in this phase, and PDO – the country’s largest energy firm – is exploiting significant amounts of enhance oil recovery oil already – while in countries like Saudi and UAE this phase is arriving soon, and companies need to be ready.”

There is also the growing threat to consider from the US’s progress in shale gas, which many suggest will directly impact the Middle East.

At an OPEC conference in Vienna in December, the UAE’s oil minister Mohammed bin Dhaen al- Hamli said it was a “big issue”, adding that the Organisation of Petroleum Exporting Countries should protect itself by making its oil more attractive to the world’s consumers.

Experts said his remarks revealed a growing concern about shale among Gulf policymakers and businessmen, which may eventually lead to a shift in economic strategy in the region. Gulf Arab countries have ridden out the last few years of political and economic turbulence by using petrodollars to pay for large, continuous increases in state spending on social welfare and infrastructure projects.

Gulf Arab countries have ridden out the last few years of political and economic turbulence by using petrodollars to pay for large, continuous increases in state spending on social welfare and infrastructure projects.

The rise of shale energy, which could in the long term pull down oil prices and slow growth in demand for supplies from the GCC, suggests the day is approaching when the region will no longer be able to afford that strategy.

Deutsche Bank’s Asia Economics Special Report on the shale shock, said recently: “If the US surplus ultimately leads to the Brent benchmark falling precipitously with WTI to a level below the fiscal and budgetary level for key oil producers in the Middle East, the economic strain could ultimately lead to potentially widespread social unrest in that region.”

For the time being, it is here in the oil and gas markets where the fates of Middle East economies will be decided, given their overwhelming size. After all, despite anticipated changes, renewables will still occupy a small proportion of the energy mix.

In search of perspective, Exxon Mobil’s report this year, The Outlook for Energy: a View to 2040, said oil will remain the largest single source of energy to 2040, growing around 25 per cent.

The fuels used to meet the world’s growing demand for electricity are changing though, with gas seeing strong growth, increasing 85 per cent and approaching one-third of fuel inputs for electricity generation by 2040.

The use of nuclear power doubles over the Outlook period, with strong capacity growth in China and other developing countries as they seek to diversify their electricity supply. Renewables – biomass, wind, solar, hydro and geothermal – become a larger part of the fuel mix, although their contribution remains relatively small at less than 10 per cent.

But the most significant shift in the energy mix occurs as natural gas displaces coal as the second-largest fuel by 2025. Gas will grow faster than any other major fuel source, with demand up 65 per cent by 2040. An economical and clean fuel source, gas grows in importance as it helps meet rising power generation demand in the future.

Liquefied natural gas (LNG) played a crucial role in Qatar’s rapid economic growth during the past decade. But now experts say growth in the non-hydrocarbon sectors of the economy should be the key driver.

For instance, according to Standard Chartered, Qatari authorities are aware of challenges posed by Australia’s long-term LNG development targets– Australia could produce almost 80 million tonnes (mt) of LNG by 2020 if development plans proceed – and are considering developing the country’s petrochemical sector, which is heavily dependent on gas. Qatar plans to more- than-double LNG output from nine mt a year currently to 24mt a year by 2020.

Exxon Mobil estimates that based on current demand the world has over 200 years of natural gas available.

The firm notes that another shift in the energy mix is the significant growth in wind, solar and biofuels. These
three fuels grow rapidly, with demand in 2040 more than five times the 2010 level. However, by 2040, they will only make up three to four per cent of total world energy, as greater advances in technology are needed to increase the commercial viability and associated economics of developing these resources.

There is therefore some ways to go until renewables solve the Middle East’s, or indeed the world’s energy problems. Based on currently economic and population growth, the industry surely cannot grow fast enough.

While the likes of the GCC’s biggest oil producers have laid the groundwork for some exciting leaps forward and in a time of high crude prices certainly have the budgets, they should be fully prepared to double or triple renewable efforts in the decades to come.