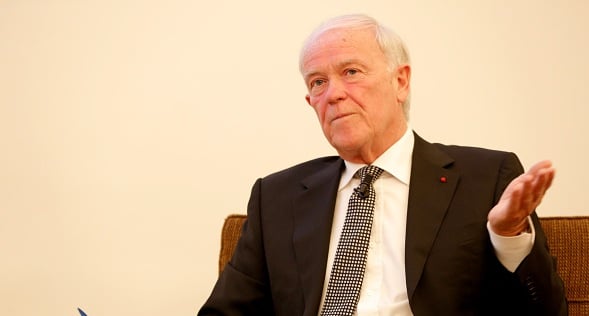 Dubai’s Emirates Airline has said it is currently working on a “point-by-point rebuttal” of the white paper released by US carriers, which accuses GCC airlines of receiving unfair subsidies from the government.

In a strongly worded editorial within the airline’s journal Open Sky, Sir Tim Clark, president of Emirates, once again hit back against the allegations, stating that the airline’s success has made it a “scapegoat”.

“The US carriers allegedly took two years, and goodness knows how much shareholder money, to assemble a stack of allegations which included wrong assumptions and leaps of logic,” he wrote.

“We are currently working on our point-by-point rebuttal,” he added.

The report released in February by three American carriers – Delta Air Lines, United Airlines and American Airlines claimed that Emirates, Etihad Airways and Qatar Airways received almost $42 billion in government subsidies over the last eight years, and called for an end to the US’ Open Skies agreement.

In March, the US government said it would study the claims and respond.

“For the record, Emirates does not receive and never has received any form of subsidy from the UAE government,” Clark wrote.

The claim that Emirates benefited from $2.7 billion in subsidies from the government’s assumption of fuel hedging losses and that the government also provided the airline $1.6 billion in letters of credit are untrue, he said.

“Despite being a transparent, efficient and commercially run carrier, we recognise that our steady growth and success has made us the scapegoat of choice among the few that prefer less competition – particularly when the competition comes from business models different to their own.

“The real issue at hand is that the three biggest US carriers, who together with their joint venture (JV) partners already control about two-thirds of international flights from the US, want to further limit the international air transport choices available to American consumers, airports, local and regional economies,” he added.

Emirates currently flies to around 145 destinations in 80 countries, including 10 US destinations.

It says it serves routes to Middle East, Asia and Africa not offered by US carriers.

“So despite their claims that Emirates is “stealing passengers”, in reality there are very few network similarities between us and the big three US carriers United, Delta and American Airlines,” the airline said.

Clark added: “The few will continue their gross misrepresentations about us to serve their narrow interests. We have nothing to hide and we welcome appropriate discussion on our activities.

“In the meantime, our partners, regulators and decision-makers in the aviation sphere, need to consider whether artificially protecting three carriers on the basis of questionable allegations is worthwhile if it leads to higher prices, limited choice, poor service and unrealised economic activity.”