Emirates to operate one-off A380 to Amman - Gulf Business 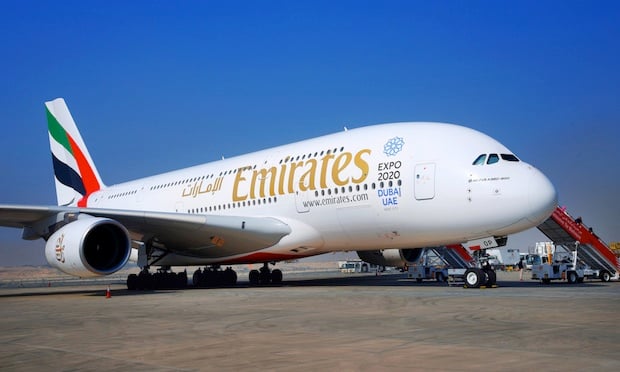 Dubai airline Emirates will operate a special one-off A380 service to Jordanian capital Amman on September 25, to mark 30 years of flying to the country.

The airline’s double-decker jet will be the first-ever scheduled A380 service to Queen Alia International Airport, and it will also be the first time the A380 commercially operates to the Levant.

The airport underwent significant infrastructure upgrades to accommodate the aircraft, a statement said.

The aircraft will be set in a three-class configuration, with 429 economy seats, 76 business class seats and 14 first class private suites.

Emirates has been flying to Jordan since 1986, and since then has carried over 4.1 million passengers. Currently it operates three daily flights between Amman and Dubai.

In the last five years, Emirates has also transported 100,000 tonnes of cargo to and from the country.

Emirates also employs almost 400 Jordanian nationals across the organisation, including 60 cabin crew and 11 pilots, of which seven operate the A380.

The world’s largest operator of the A380, Emirates currently has 81 jumbo jets in service and 61 pending delivery.

More than 57 million passengers have travelled on the Emirates A380 since it was first launched in 2008, and the aircraft has visited more the 60 airports for special one-off and permanent services.

The airline currently operates the A380 to over 40 global destinations and recently announced its deployment to Guangzhou from October 1.

Also read:  Emirates to deploy third daily A380 to Manchester

Emirates to upgrade second daily flight on Milan route to A380

Emirates to introduce A380 on world’s longest flight