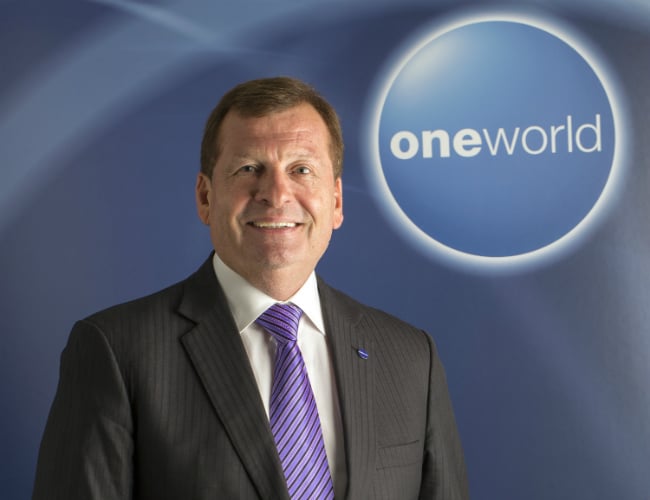 Emirates senior vice president of commercial operations for The Americas, Rob Gurney, has been named the new CEO of the oneworld airline alliance.

Gurney, who will take the role in October, replaces Bruce Ashby who announced he would be stepping down earlier this year after five years at oneworld.

Gurney joined Emirates in 2014 as division VP for Australia and New Zealand and played a key role in developing the Gulf carrier’s bilateral alliance with Australian airline Qantas, which replaced a deal with oneworld member British Airways.

A year later he was transferred to New York as SVP of North America responsible for the US and Canada before assuming responsibility for South America in March.

The dual UK and Australian citizen has previously served at British Airways and Qantas.

While serving at the UK flag carrier from 1993 to 1997 he helped form its first codeshare deal with Qantas.

He then joined the Australian airline for a four-year stint ending in 2012 when he was group executive of commercial responsible for global sales and marketing and alliance relationships.

This was followed by two years as CEO of Australian travel distribution company Helloworld.

As oneworld CEO, he will report to the alliance’s governing board comprising the CEOs of all its airline members.

“Bruce Ashby leaves big shoes to fill – and, in Rob Gurney, oneworld has appointed someone well able to do so. He takes on the role of oneworld CEO with a proven track record of successful leadership in key alliance and broader commercial roles within both the oneworld family and beyond, with all the attributes needed to lead the world’s most highly prized global alliance through the next phase of our development,” said oneworld governing board chairman Ivan Chu, CEO of Cathay Pacific.