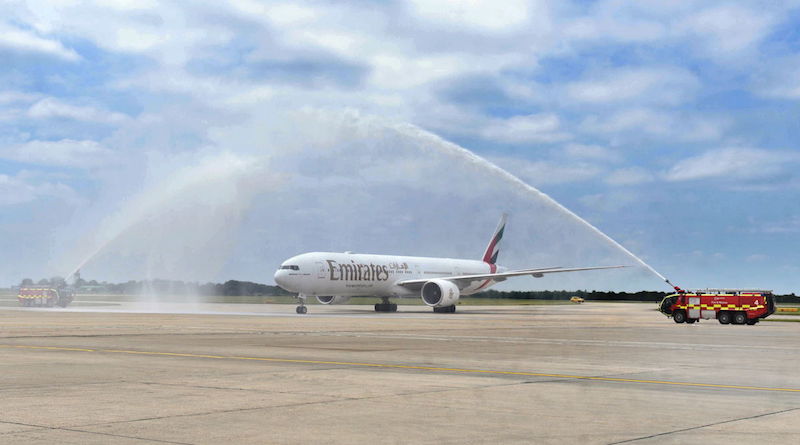 Dubai airline Emirates has started flights to London Stansted, its seventh airport in the UK.

Emirates’ new three-class Boeing 777-300ER, featuring its fully-enclosed private suites in first class, has been deployed on the route. This will the first time the new aircraft is being deployed to and from the UK.

“We decided to add London Stansted to our network because we saw an opportunity to directly connect the local community with some of the world’s most popular leisure and business destinations,” said Hubert Frach, Emirates divisional senior vice president, Commercial Operations West.

“Previously, London’s north east, and the wider 7.5 million people that live within Stansted’s catchment areas had to travel into the city, or further, to access airports with global reach.

“The new service also offers travellers into and out of the greater London area, more flexibility and convenience when planning their travel with Emirates, as they now have the choice of 10 flights a day across three airports,” he added.

Stansted is also the seventh UK airport that the airline operates out of in the UK, with other locations including London Heathrow, London Gatwick, Birmingham, Newcastle, Manchester and Glasgow. The airline also plans to start flights to Edinburgh in October.

Ken O’Toole, London Stansted’s CEO said: “In 2018 Stansted is set to be the fastest growing London airport and a key enabler of economic growth for both the UK and East of England, and the addition of the new Emirates service will provide a further boost to our long haul ambitions and ultimately save local passengers valuable time and money that is associated with flying from other airports across London.”

The new flight will also add capacity for Emirates SkyCargo, the freight division of Emirates. The Boeing 777-300ER will offer local businesses about 20 tonnes of cargo capacity per flight.

Emirates currently flies 140,000 tonnes of cargo in and out of the UK in an average year, it said.