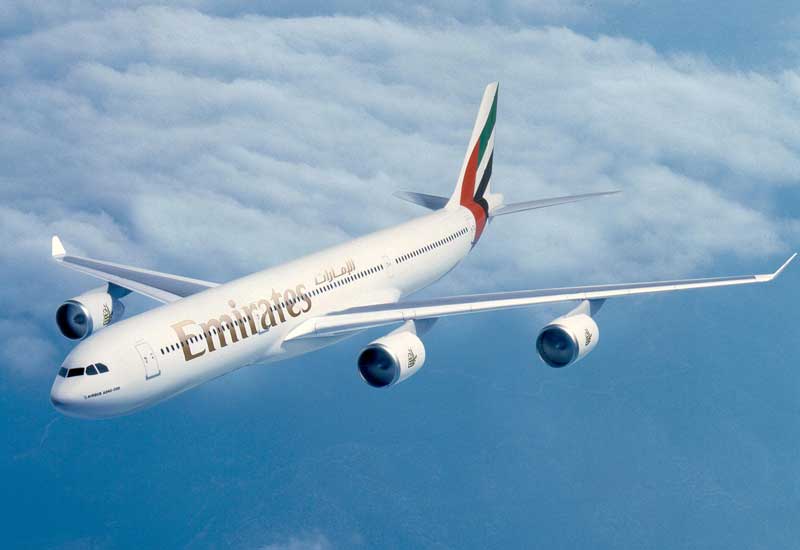 EK171 departed from Dubai International Airport slightly behind schedule at 5.28pm with a VIP delegation on board that included Thierry Antinori, executive vice president and chief commercial officer.

On arrival at Boryspil International Airport, the A340-500 aircraft was met by a senior delegation from Ukraine, including Valentin Aleksandrovich Zgurskiy, head of Aviation Transport Department, Ukraine Ministry of Infrastructure and Aleksey Kachanov, director general of the airport.

Ukraine, which is already served by flydubai and Air Arabia, is one of the fastest-growing inbound markets to the UAE and Emirates’ arrival looks set to nearly double the current 150,000 annual visitor head count.

Emirates will particularly target the hitherto, non-served premium end of the market, as 12 First Class suites and 42 Business Class seats are on board.

Antinori said: “It is budgeting for between 120,000-140,000 passengers in its first year. We are less obsessed by the number than the footprint – Ukraine is part of our future growth strategy.”

Emirates will not only funnel passengers into Dubai but onto its global network, especially east to destinations in India, Indian Ocean Islands, emerging Sri Lanka and Australasia. It will also hope to attract New York-bound passengers on its recently launched fifth-freedom route from Milan.

The new route, the carrier’s 141st globally, will give a fillip to bilateral trade ties too, which rose 27 per cent to $429 million in the first half of 2013. The aircraft offers 15 tonnes cargo capacity.

No mention was made in the conference to Kiev’s precarious political and economic situation, but Antinori said “we are optimistic people believing in growth”.