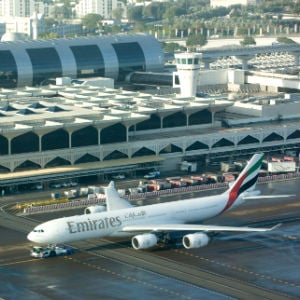 Jumeirah at Etihad Towers, the five-star hotel opposite Emirates Palace, won the ‘Overall Best Business Hotel in the Middle East’ while Ritz-Carlton picked up the prize for ‘Best New Business Hotel’ for their property at DIFC.

“This year’s winners were a good mix of established and new operators, which shows that the Middle East’s travel industry is not only maturing, but also becoming more competitive,” said Ian Fairservice, managing partner and group editor of Motivate Publishing.