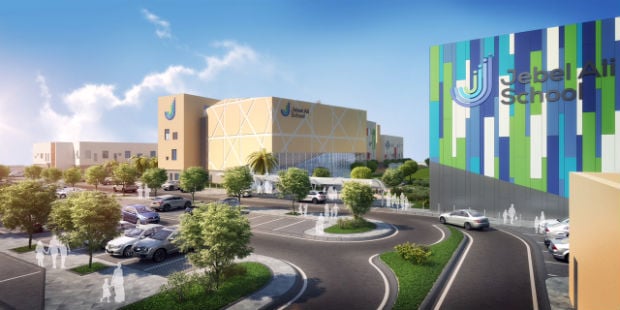 Dubai-based real estate investment trust Emirates Reit has announced that it will spend about Dhs 208.3m on building a new school in DAMAC’s Akoya development.

The shari’a complaint fund said that it has inked a deal with Jebel Ali School, to which the new school facility will be leased for 26 years.

Emirates Reit acquired the freehold land plot from DAMAC Crescent Properties for Dhs 98.5m and immediately leased it to Jebel Ali School, providing an initial net income of more than 10 per cent.

The trust also entered into an agreement with the school to build the facility, the company said.

The construction of the school is estimated to cost about Dhs 109.8m, which brings the total value of project development to Dhs 208.3m.

Emirates Reit said the school will account for 9.2 per cent of its current portfolio value of Dhs 2.25bn upon completion.

The school is also expected to provide a rate of 11 per cent return on investment, accounting for a valuation gain of Dhs 6m for Emirates Reit.

“This is a unique opportunity in an exciting and upcoming area of the city and we recognise the long term strength of the sector and its importance to the overall economy,” said Emirates Reit’s executive deputy chairman Sylvain Vieujot.

“The transaction will enhance rental income from day one and provide long term secure cash flows.”

The new facility being built by Emirates Reit will include a foundation, primary and secondary school, a sports centre and an auditorium. All of these will be within a built up area of 20,800 square metres.

According to a report issued by research firm Colliers International, Dubai will need 51 new schools by 2020 and an investment worth $2bn will need to be channelled into building them.

In order to tap into this expected demand, many real estate developers and education groups are opening schools close to master developments.

Among them, Dubai-based developer Sobha has announced the launch of Hartland International School at the Sobha Hartland area within Mohammed bin Rashid Al Maktoum City.