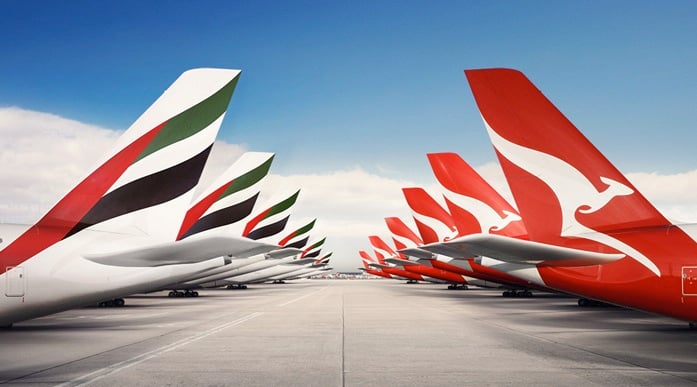 The joint network between Dubai’s Emirates and Australia’s Qantas opened for bookings to travellers from New Zealand on Wednesday, August 14, with the airlines announcing the launch of a new route to Auckland later this year.

The new Auckland-Perth service will operate during the holiday season with a twice-weekly A330 service from December 6, 2013 through to February 1, 2014. The service will add almost 1,000 seats per week to the monopoly route over the busy Christmas period, a statement said.

Qantas has also retimed its existing Christchurch-Sydney service from an afternoon departure to a morning departure to enable more international connections from the Australian city.

The airline’s flights between Auckland, Wellington and Christchurch to Australia will also be retimed to increase the number of onward connections and reduce overlap of Qantas and Emirates flights.

Qantas Group CEO Alan Joyce said the new schedule is one of many benefits from the carrier’s partnership with Emirates.

“Our new Auckland-Perth service will cater for demand over the busy holiday season and our new trans-Tasman schedule offers better flight times and more connections to flights both in Australia and around the world,” he said.

The new Qantas and Emirates schedule will offer around 130 services per week from Auckland, Christchurch, Wellington and Queenstown in New Zealand to a joint network covering over 175 global destinations.

Emirates and Qantas first announced the 10-year partnership in September last year, but received final approval for a five-year alliance from Australia’s competition regulator in March.

“These are the first significant signs of the Qantas-Emirates partnership at work across the Tasman,” said Emirates Airline president Tim Clark.

“Through the partnership, the Emirates network has now been opened up to include Queenstown and Wellington in New Zealand in addition to the 55 destinations in Australia already on offer to our customers,” he added.

The new schedule will be valid for travel after October 27, 2013.