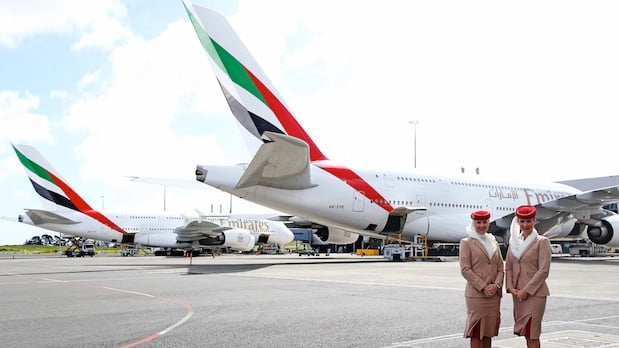 Emirates president Tim Clark has dismissed reports that the rulers of the UAE are discussing a potential merger of Emirates and Etihad due to tough market conditions.

German business paper Handelsblatt Global cited several sources as confirming the talks on Thursday and said they were motivated by falling profits and slowing growth at the two airlines.

Emirates announced a 75 per cent dip in first half profit in November, while both carriers are undergoing restructuring efforts that have included job cuts.

“The possibility of consolidating the two state-owned carriers would not be easy, and require a huge amount of effort, but is clearly not out of the question anymore,” Handelsblatt reported, suggesting Gulf airlines had reached their limits and must change their operations to stay competitive.

Clark later rubbished the report at the ITB event in Berlin, dismissing the notion of discussions taking place as “nonsense”, according to Bloomberg.

Gerald Wissel, of aviation consulting firm Airborne Consulting, told the publication cooperation or even a merger of the two airlines made sense but local sensitivities would need to be overcome.

This followed comments from Lufthansa CEO Carsten Spohr in Abu Dhabi last month that a healthier relationship between supply and demand was needed by airlines in the region.

“I think finding smart partnerships, like Etihad has now done with us, and limiting growth … will play a bigger role in the next 12 months than in the last 10 years,” Spohr said after the carrier signed a cooperation deal with Etihad for catering and maintenance.