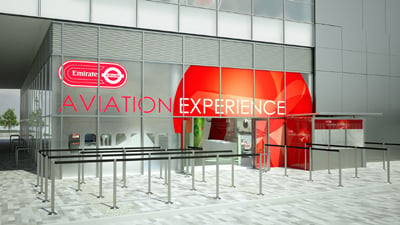 Called the Emirates Aviation Experience, the facility, spread across 300 square metres, will be located at the South side of the Emirates AirLine, London’s cable car system.

The facility will include interactive displays and life-size aircraft models to provide an insight into the operations and modern achievements of commercial air travel, Emirates said in a statement.

It will also feature the world’s first public facing commercial flight simulators including two Airbus 380s and two Boeing 777s, with full landscape visuals, that will allow participants to practice their take-off and landing skills.

Tim Clark, president of Emirates Airline said: “The purpose of this centre is to provide a fun, yet educational overview of just what it takes to successfully get a 560 tonne aircraft off the ground and 40,000 feet into the sky.

“Our aim is to explain the intricate science of modern aviation, in a hands-on, entertaining and instructive environment.”

Emirates has been strengthening its London-ties in recent times, and in June last year signed a 10 year sponsorship deal of London’s cable car system, now renamed the Emirates AirLine.