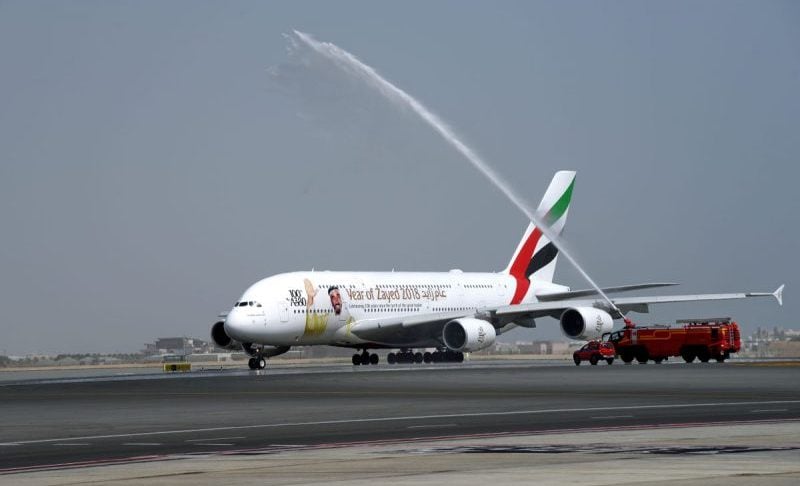 Dubai airline Emirates will deploy double daily A380 flights to Omani capital Muscat from July 1, it announced on Thursday.

The route will become Emirates’ shortest scheduled A380 flight, flying a distance of 340 kilometres each way.

Emirates has been flying to Oman since 1993, and currently operates three daily services utilising the Boeing 777-300ER on the route.

Flight timings will vary slightly with the commencement of the winter schedule in late October.

Both A380s flying to Muscat will be operated in a three-class configuration, with 429 seats in economy class on the lower deck, 76 business class seats and 14 first class private suites on the upper deck.

The launch of the A380 flights will come exactly one year after the first deployment of a scheduled one-off A380 service that marked 25 years of operations to Oman, and reaffirmed the airport’s infrastructure readiness to handle double-decker operations.

Read: Dubai’s Emirates to operate one-off A380 to Muscat

The deployment of the double-decker jet will offer business and leisure travellers from Muscat an ‘all A380’ journey places such as New York, London, Mumbai and Hong Kong, a statement said.

Sheikh Majid Al Mualla, divisional SVP Commercial Operations Centre, said: “Oman is an important destination for Emirates, and we will continue to look at ways to grow our operations in the market to best serve our customers.”

Sheikh Aimen bin Ahmed Al Hosni, CEO, Oman Airports added: “From its side, Muscat International Airport has demonstrated its readiness for this extraordinary event, and the arrival of these scheduled flights for this giant aircraft is a gain to prove the large airport capacity to accommodate an aircraft of this size.”

Emirates is the world’s largest operator of the Airbus A380 jets.

In February, it announced that it had cut its order for new A380s. The airline, which had a commitment to 178 A380s worth more than $60bn, reduced its order book by 55 aircraft.