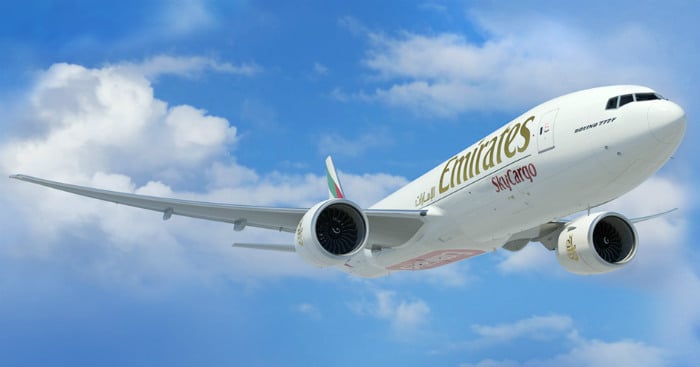 Construction of Emirates SkyCargo’s new terminal at the Al Maktoum International Airport in Dubai World Central (DWC) is progressing as scheduled with phase one on track for completion in December 2013, a DWC statement said.

Completion of the first phase will be followed by the installation of the cargo handling system and the fitment of the interior by April next year, with full completion slated for mid-September 2014.

When ready, the terminal will be equipped to handle 700,000 tonnes of cargo and can be further expanded by an additional 300,000 tonnes in the second phase.

Infrastructure will also include 46 truck docks, 80 truck parking spaces and 12 aircraft stands directly in front of the terminal.

Operations at the new cargo terminal will begin in April 2014 with around 250 staff, which will increase to 500 employees when it is fully operational.

Nabil Sultan, Emirates divisional senior vice president, Cargo, said: “The development of our new freighter cargo terminal is progressing well. Once complete, it will be a modern and efficient cargo facility that can be expanded to meet our future growth requirements.

“The relocation of our freighter fleet to Dubai World Central Al Maktoum International Airport is an investment in our future, as the logistics and cargo development at the airport is set to become a major global cargo hub once complete.”

Emirates SkyCargo currently operates a freighter fleet of 10 aircraft – eight Boeing 777Fs and two Boeing 747-400ERFs – all of which will move to the new Al Maktoum airport.

Road feeder services to connect cargoes will operate between Dubai International Airport and Al Maktoum airport to maintain the existing transshipment times between freighters to the passenger fleet and vice versa, the DWC statement said.