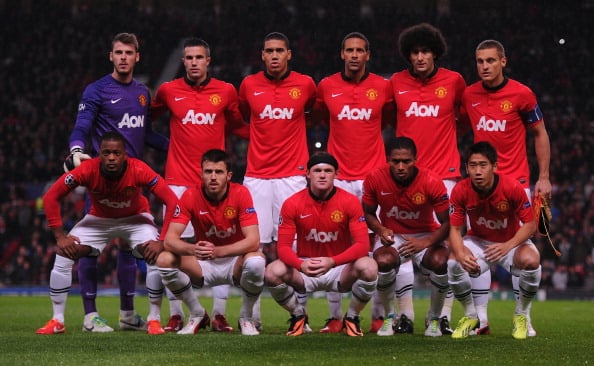 As part of the deal, the lender will launch Manchester United co-branded credit, debit and prepaid cards in the UAE.

Speaking exclusively to Gulf Business, R. Sivaram, senior vice president and head of Cards Business at Emirates NBD, said that the bank was targeting the enormous Manchester United fan base in the emirates.

“The club has 900,000 fans in the UAE and close to 220,000 UAE customers visit the Manchester United website. So we saw a huge opportunity in this actively engaged community,” he said.

The new co-branded cards will function just like regular ENBD credit and debit cards and offer the same core benefits.

However, they also come with a range of ‘red’ – Manchester United’s colour – offers for fans.

“Customers opting for the new credit card will receive a welcome gift of a ‘red box’, filled with goodies from Manchester United, as soon as they spend Dhs2,000,” said Sivaraman.

Loyal customers will have also access to a new rewards programme, and receive special ‘red points’ on their spend. These points can be exchanged for a variety of branded official club merchandise such as caps, key chains, laptop bags, mugs and flags.

The bank is also offering 60 UAE fans the chance to win fully paid packages to watch the club live in action every season. The packages will allow fans to watch the team training, visit the Manchester United museum, dine at the themed Red Café and watch a live match at the Old Trafford stadium.

“It will be an experience they will never forget,” said Sivaraman.

The lender, which is targeting people between 25 to 45 years, is hoping to appeal to the strong affinity that fans have with the club, and make them loyal customers.

“We have to ensure that whatever we introduce in the product gives us an opportunity to make revenues and ultimately reward our shareholders, and we believe that this concept is very strong,” he said.

The new partnership comes even as United Arab Bank announced a similar three-year partnership with Spanish league FC Barcelona earlier this month. UAB will serve as the club’s official partner in the UAE and plans to create a range of customised Barca-themed products for local football fans.

Sivaraman says sports partnerships [with banks] are inevitable because of the strong affinity that customers have with clubs.

“With the market getting saturated, we have to find new ways of reaching out to customers,” he said.

“I think this [trend] is interesting and we are not surprised that other brands are also leveraging this affinity. For us, the more the number of players, it is better overall.”

The annual fee for the new credit card is Dhs250, but the bank is offering it free for life to customers who apply before December 2013. The interest rate stands at 3.09 per cent.

The bank is also launching a new prepaid card targeting young Manchester United fans. These cards can be given as gifts, and the amount can be topped up online or from ATMs and banks.