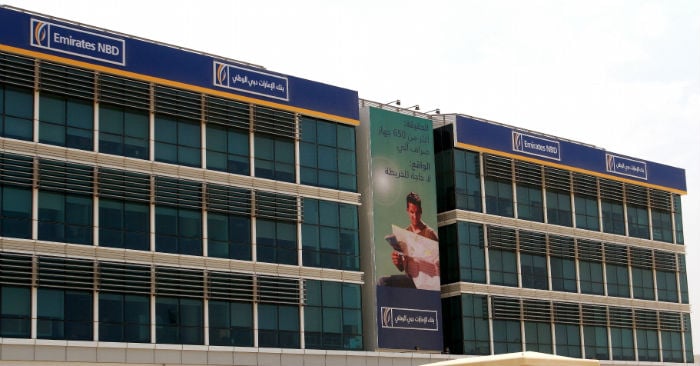 The lender, 55.6 per cent owned by state fund Investment Corporation of Dubai, made a net profit of Dhs640 million ($174.2 million) in the three months to September 30, compared with Dhs175 million in the same period last year, a statement from the bank said.

An average of four analysts polled by Reuters had forecast a net profit of Dhs514.4 million.

Impairment allowances, the amount set aside to meet bad loans, stood at Dhs1.01 billion for the third quarter, down 36 per cent from the Dhs1.57 billion which the bank recorded in the same three months of 2011.

The lender was hit hard by impairment allowances in the previous four quarters, dragging down profits at the bank. Exposure to indebted Dubai state-linked entities was one of the main reasons.

ENBD made just over Dhs2 billion of provisions in the first six months of this year.

Non-interest income climbed 21 per cent in the third quarter to Dhs790 million, driven by higher investment securities income and a five per cent improvement in core fee income across most areas, the bank said.

Loans and advances have gained five per cent since the start of 2012, while deposits increased 11 per cent over the first nine months of this year. The former had grown two per cent and the latter eight per cent in the first six months.

For all banks in the United Arab Emirates, combined lending was flat at the end of August compared to the end of the second quarter, according to the latest central bank figures. System-wide deposits rose 1.1 per cent month-on-month in August after a gain of 0.7 per cent in July.

Dubai Bank, which ENBD was obliged to take over last year after the Islamic bank buckled under the weight of its bad loans, will be fully integrated by year-end, with branches rebranded as ENBD’s own Islamic arm, Emirates Islamic Bank.

Shares in ENBD closed on Sunday flat compared to their level at the start of this year. The main Dubai stock index has gained 21.9 per cent year-to-date.