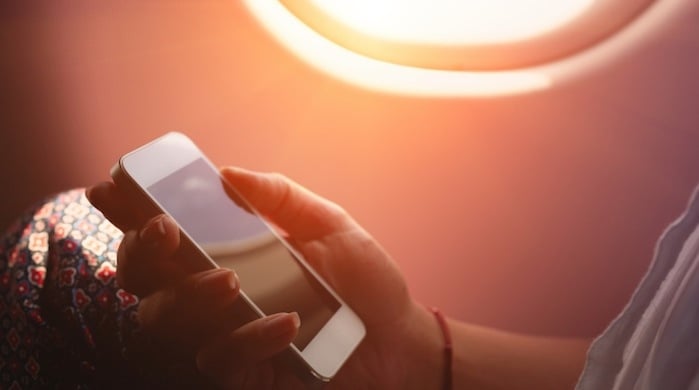 Dubai-based Emirates Airlines is working with its stakeholders to offer free wi-fi services on-board its flights but is restricted by many technical limitations, its chief executive said.

“If we can offer good quality wi-fi connections for everyone onboard at no charge tomorrow, we will do it,” said Sir Tim Clark.

“But we face a slew of technical limitations – from speed and bandwidth availability and cost, to the supporting hardware and software – all of which we are working hard to address with the industry right now.

“Ultimately, we believe that onboard Wi-Fi will become a free service, and a standard that customers will expect on a full service airline, just like onboard refreshments and personal inflight entertainment.”

Over half a million passengers have connected to the internet on-board since Emirates launched inflight wi-fi connectivity three years ago. This figure is also expected to increase in the coming years, the airline said.

Emirates is also investing about $20 million annually on installing and operating inflight connectivity systems, which enable in-flight wi-fi, the airline said in a statement.

Onboard wi-fi is available on all of Emirates’ 53 A380s and on 28 Boeing 777s, with the airline subsidising the cost of buying data for passenger use.

The airline also has a retrofit programme, which will eventually see its entire fleet Wi-Fi enabled, the statement said.

“It is a fact that our customers want onboard connectivity, and this demand is only going to increase as more people embrace an ‘always-on’ digital lifestyle, and carry smart mobile devices when they travel,” said Clark.

“We’ve always viewed wi-fi as a service and a value-added part of Emirates’ overall product, rather than a revenue stream.”

As per the airline strategy, passengers enjoy the first 10 megabytes (MB) of data for free. Subsequently a fee of $1 is charged for the next 600MB used. However, the airline noted that it is unable to make the first 10MB free in some of its flights due to a technical fault and said that it is working to resolve the issue soon.

In October, the airline also saw a 200 per cent spike in wi-fi usage due to a free wi-fi promotion to mark the Eid holidays.

As a result, Emirates saw a daily average of 3,500 passengers using onboard wi-fi, at an average of 28MB per user.