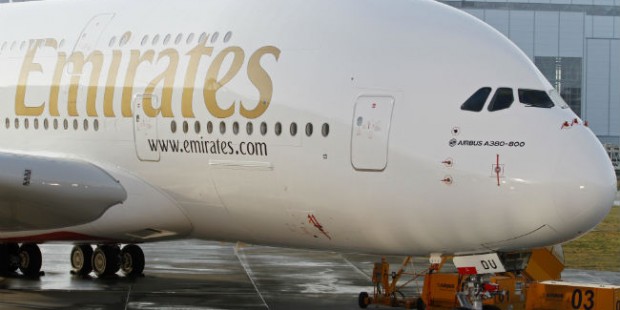 Emirates Airline would order at least 100 Boeing 777 wide-body jets if the Chicago-based manufacturer upgraded the design of the aircraft, the Dubai-based carrier’s president has said.

“If Boeing produced the airplane that we want I can see easily that figure, bearing in mind that we’ve ordered 175 of them,” Tim Clark said in an interview with Arabian Business.

“If it’s as good as we hope it’ll be, it’s a natural thing to say ‘yes we would probably roll over what we have to what they’re offering with the new aircraft’.”

Some of the world’s largest airlines such as Emirates and British Airways had planned on the new mini-jumbo entering service by the end of the decade. However Boeing are at least a year away from offering a new version of the 777.

Should Boeing produce the next generation 777-300ER (extended range) aircraft, Emirates’ predicted order of at least 100 planes would cost more than $36 billion.

“We have been trying to get Boeing to build the 777-9x and 8x and we are working closely with them to try and persuade them that it’s a good idea to build it. We are not there yet,” Clark said.

“I guess if they had been there we would have done orders by now but they’re not. The moment you read that Boeing are launching the new 777 you will probably find that Emirates is fairly close behind.

“Our airplanes start retiring in 2017, the ERs that we have today…they will all have to go and be replaced at some point, so there is a kind of a natural rollover in terms of what we do.”

Emirates currently hold the title for Boeing’s largest single order after the carrier purchased 50 of the current 777s last year.