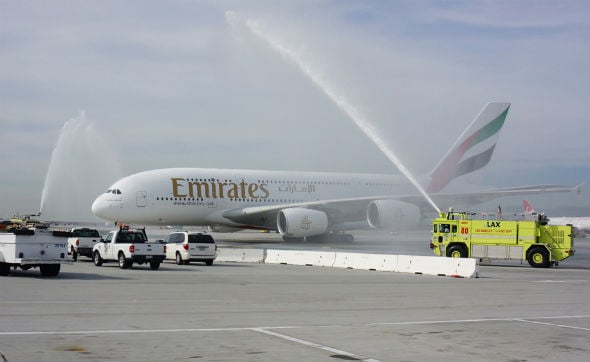 Emirates launched its longest non-stop A380 service on Monday, touching down in Los Angeles 16 hours and 20 minutes after taking off from Dubai.

The airline’s 23rd superjumbo route crossed the Russian Federation, the North Pole and Eastern Canada before landing in the home of Hollywood on the Western seaboard.

“Bringing the glamorous A380 set of wings to the City of Angels seemed like a natural fit as this aircraft mirrors the luxury of the Hollywood lifestyle,” said Hubert Frach, Emirates’ divisional senior vice president, Commercial Operations West.

Emirates currently has 131 Boeing 777s in its fleet, with a further 150 777Xs on order from the Dubai Airshow.