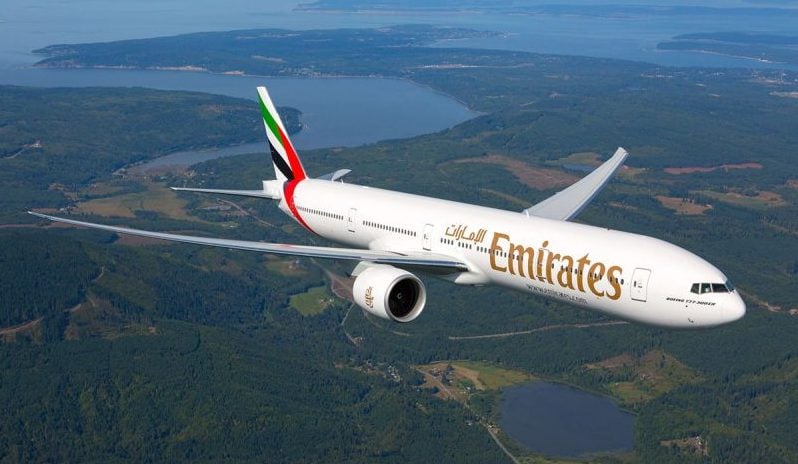 Dubai airline Emirates will link Phnom Penh and Bangkok with its new daily service set to launch on June 1, 2019, it announced on Wednesday.

The new service from Dubai to Phnom Penh, via Bangkok, will be operated with an Emirates Boeing 777 aircraft.

Flight EK370 will depart daily from Dubai International airport at 8.45am and arrive in Bangkok at 6.15pm. The same flight will then depart Bangkok at 8pm, arriving at Phnom Penh International Airport at 9.25pm.

Emirates launched flights to Phnom Penh in July 2017, and has carried over 100,000 passengers on the route to date, a statement said. According to its website, the airline operates five weekly flights to the Cambodian capital.

“Passengers will not only be linked directly through our daily service, but will also have access to a host of domestic and regional routes from the two countries via Emirates’ codeshare partners Bangkok Airways, Jetstar Pacific and Jetstar Asia,” said Adnan Kazim, Emirates’ divisional SVP, Strategic Planning, Revenue Optimisation and Aeropolitical Affairs.

With the launch of the new route, trade links between the UAE, Cambodia and Thailand will also be supported with daily cargo services, Emirates said.

Emirates SkyCargo began its operations in Cambodia in April 2016 and has transported over 5,000 tonnes of cargo exports in the last two years. Cambodia’s major exports include garments, sportswear and shoes.

“Emirates has been proudly connecting the UAE to Cambodia since 2017, and we look forward to building on the success of this route with our new link through Bangkok. We aim to serve the healthy passenger demand, as well as deliver economic benefits, by providing air links that support tourism and the transportation of cargo,” added Kazim.

From Bangkok, travellers can also fly directly to Hong Kong on Emirates. In addition to the Thai capital, Emirates also operates 14 weekly flights between Phuket and Dubai in the winter (seven weekly flights during summer season).