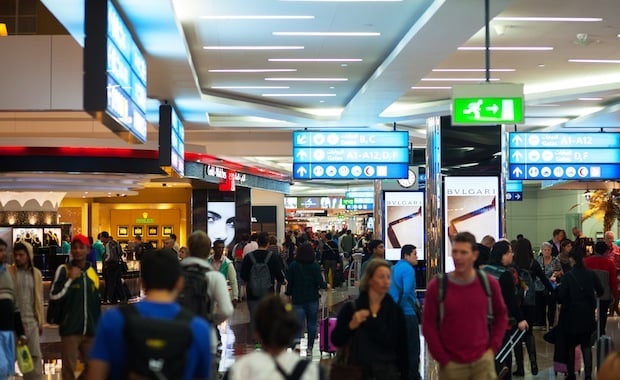 Emirates has urged travellers to prepare for big crowds at the Dubai airport during the start of 2017, as many people return from the holiday season.

The airline expects close to 250,000 passengers to pass through Emirates’ Concourses and Terminal 3 in the first three days of the year, according to the latest booking figures.

The busiest day for the airline is expected to be on Monday, January 2, where a record of over 87,000 passengers will pass through Terminal 3, it said in a statement.

Emirates said it will be deploying extra staff to assist people at the airport.

It also urged travellers to arrive at the airport at least three hours before flight departure, and plan extra time to get to the airport to avoid heavy traffic.

Passengers can physically check in at Terminal 3 six hours before departing on their flight.

Emirates also has 16 check-in facilities at the car park, which operate around the clock at Dubai International Airport.

Passengers can check-in and drop their luggage at the car park check-in facilities from 24 hours to six hours prior to departure. All passengers must be present at the time of check-in.

The airline also urged travellers to check-in online before departure to expedite their airport experience.

For families, Emirates has special check-in areas consisting of 20 economy check-in counters in Terminal 3 at Area 2.

UAE nationals and residents can also pass through immigration by using their UAE ID cards at the new smart gates at Terminal 3.

“Gates in all concourses close 20 minutes prior to departure. Check-in and gate closure timings will be strictly followed to ensure flights depart on schedule,” the statement added.