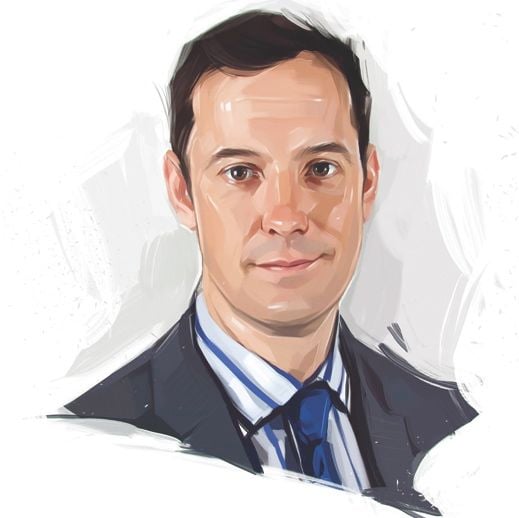 I arrived in the United Arab Emirates in 2011, not long after the global financial crisis, with many questions unanswered about the future of Dubai’s economic model.

The recovery has exceeded most expectations although His Highness Sheikh Mohammed bin Rashid al Maktoum sets extraordinarily high standards. It has been a privilege in my job to work closely with Emirati and British businesses, large and small, and to gain some understanding of the attributes that have shaped the UAE’s success.

Ambitious leadership has been fundamental to the success of the last 50 years. Targets are stretching – with an element of ‘aim for the stars and we will hit the moon’ – but because they are public and followed up they are meaningful.

The leadership has also been willing to take calculated risks. Bold decisions lay behind the creation of both Emirates Airlines and Jebel Ali. To the eyes of contemporary observers both were massive long shots, even follies, when they were founded. But they are now world-beaters and both massive investors in the United Kingdom, with DP World aiming to replicate some of Jebel Ali’s success at the mouth of the River Thames through the London Gateway.

Building on its strengths and investing in infrastructure are a hallmark of the UAE. Be it ensuring that natural resources and the wealth they generate are well managed in Abu Dhabi or fully exploiting geographical positioning through the logistics industry. The ports, airports and airlines will continue to be the key drivers of growth.

But it is not just this obvious infrastructure that brings businesses to Dubai. It is also the softer elements such as schools for the children of expats, and the internationally respected legal and regulatory regime of the Dubai International Financial Centre.

Competition is critical. This can be seen both at the level of individual businesses and at a national level, and of course to some degree between emirates.

This is positive competition; it is not about bringing others down but about being the best and setting the highest standards in government and in business. This kind of competition thrives on transparency and accountability, rather than back room deals.

Openness to ideas and people

The welcome that has been given to Lebanese and Sindi traders, to British and French bankers, to expats from every corner of the world has created a unique environment. Such a multinational, multicultural population brings its challenges, not least for our Emirati hosts who are generously tolerant of our different ways.

But it also brings opportunities to connect with different markets and to incorporate the most skilled from around the world into the labour force.

For me, the ambition and aspiration of the UAE and of the people that live here has been refreshing at a time of a regional security crisis and in the wake of the global economic strife. But of course there are risks to manage. Not least the need to avoid the overheating of a decade ago by ensuring the right macroeconomic management is in place.

Personally – and on the basis of limited expertise – I welcome the slowdown in the property market in the last few months as the consequence of better-managed supply of both housing stock and credit. The recent move to reduce fuel subsidies is another example of the UAE taking an opportunity and setting the lead.

The scale of population growth also brings a challenge. As guests, expats need to work to understand the UAE. But talking to the many long-term Brits here, it is clear that – as numbers have swelled – the engagement between different communities is perceived as not as rich as ‘back in the day’. We should work to improve this and it will be good for business too. One of my favourite times of year has been Ramadan when I met many Emiratis and built relationships that served me throughout the rest of the year.

What would I change? In this entrepreneurial environment, not all business ventures succeed. In the absence of bankruptcy laws, the downside of failure can be severe. This is further exacerbated by the practice of using post-dated cheques.

Tackling this would make the UAE an even better environment for new businesses. I would also look at the cost and reliability of telecoms provision, particularly broadband.

Of all the bits of infrastructure on which countries compete for advantage in the 21st century, I think this is one area where the UAE is not a world beater.

As a Brit, it has been fantastic to see the role that we have played here in partnership with Emiratis and reciprocally that played in the United Kingdom by Emiratis and their businesses. Two examples of our collaborative relationship from my time are the unprecedented UK support for Dubai’s bid for Expo 2020, and the unique partnership between Dubai’s Department for Economic Development and the British Business Group to create the British Centres for Business, an incubator for small and medium enterprises.

Given the environment that has been created I have had no doubt in encouraging British businesses to come here. They are welcomed, there is a healthy growing market and most importantly there is a platform and infrastructure to support ventures reaching into the wider region. Not just the Middle East and North Africa but also sub-Saharan Africa and south and central, Asia.

The market is competitive – you have to have the right product or service and work hard – but it is open, fair and full of opportunity. Being somewhere that works hard and plays hard is rewarding and most of all fun. I am very sad to be leaving.