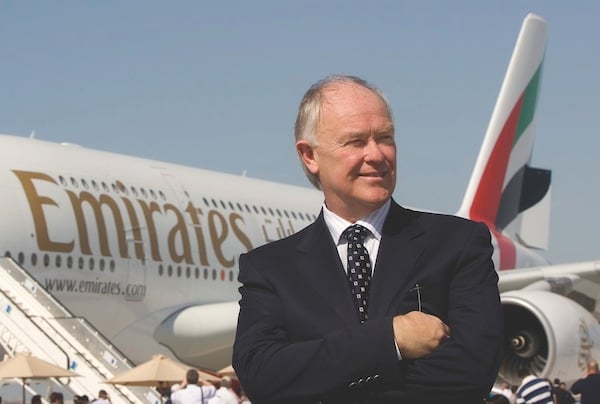 Emirates president Tim Clark will be stepping down from his post after more than three decades at the airline, a spokesperson confirmed on Tuesday.

The news was revealed in an internal memo sent by Sheikh Ahmed bin Saeed Al Maktoum, chairman and CEO of Emirates Airline and Group to staff.

The memo said that Clark, 70, would step down from June 2020, but will remain an advisor to Emirates.

“Through wars, economic recessions, disasters natural or man-made, and various industry upheavals, Tim has ably steered and grown Emirates to its standing today,” Sheikh Ahmed said in the memo.

No immediate replacement has been announced, but Sheikh Ahmed had previously told reporters that the company was looking at several potential options.

Clark, who has been instrumental in transforming Emirates into a global carrier, joined Emirates’s founding team in 1985 as head of airline planning, and became president in 2003. He also served as the managing director of Sri Lankan Airlines until 2008.

He previously worked as a route planner at Gulf Air, which had recruited him from Caledonian Airways.

“For Emirates, 2019 has been a year of strategic recalibration to build firm foundations for the future in an increasingly volatile business environment,” Clark wrote in his exclusive Gulf Business Power Letters 2020. The entire article will appear in the January 2020 issue.