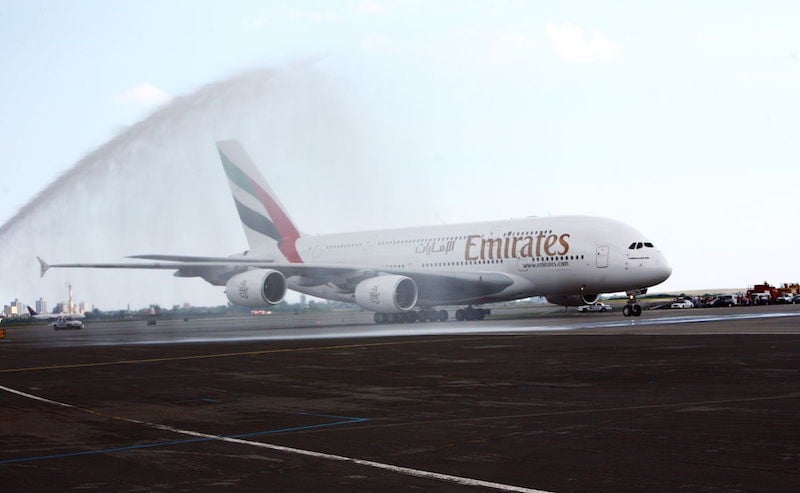 Dubai airline Emirates has revealed that its Airbus A380 airplanes have flown more than 105 million passengers since the jumbo jet came into service 10 years ago.

The airline operated its first A380 flight to New York from Dubai on August 1, 2008.

Since then the jumbo jet has recorded more than 1.5 billion kilometres on 115,000 flights, equivalent to 39,000 trips around the globe, a statement said. 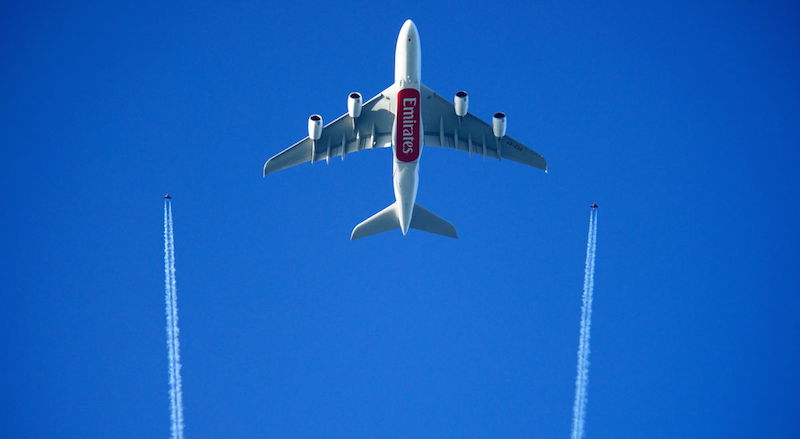 The airline has 1,500 flight deck crew and over 20,000 cabin crew specially trained to operate its A380 fleet.

Across all classes, over 120 million meals have been served on the jet; first class passengers have consumed 2.7 million tins of caviar; and more than 3.5 million fresh flowers have been loaded on A380 flights. 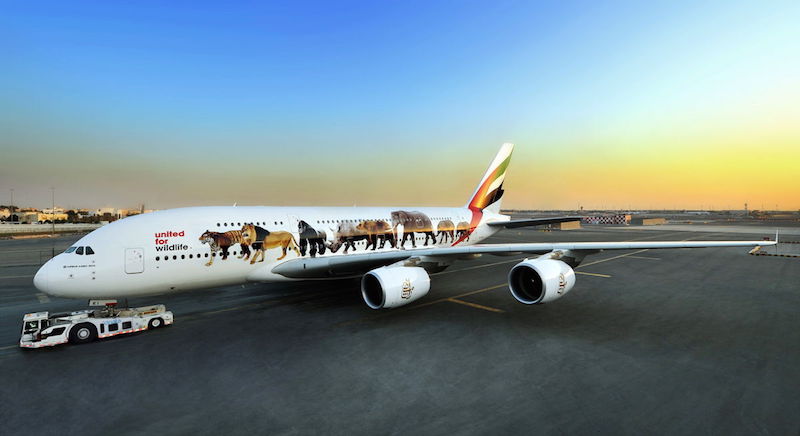 Emirates is the world’ largest operator of the A380 aircraft, with 104 double-decker aircraft flying to 49 cities on scheduled services.

In total, the Emirates A380 has touched down in 73 airports for one-off and scheduled services, special commemorative flights, chartered flights, test flights and other operational deployments.

In January 2018, Emirates ordered a further 36 A380s worth $16bn, taking the airline’s commitment for the aircraft to 178 units, including options for 16 planes.

Tim Clark, president of Emirates Airline said: “It’s been 10 extraordinary years since the first Emirates A380 flight took to the skies, and today it has become one of the most recognisable and admired aircraft in the world.

“Passengers love to fly it because of its spaciousness which provides more comfort across all classes, and its iconic products like the on board lounge, shower spa and first class suites have redefined air travel.”

Emirates has carried out renovations to the aircraft since its introduction, and last year unveiled a new on board lounge featuring a different design, new colour palette, social seating arrangement and surround sound.

“The Emirates A380 has also had a significant impact on the aerospace industry and its high-value supply chains, fuelling hundreds of thousands of jobs for skilled workers, and creating significant economic benefits in countries which have A380 production facilities,” said Clark.

“The aircraft continues to boost tourism and trade wherever it flies by stimulating further traffic and demand,” he added.

Airbus estimates that Emirates’ A380 orders support 41,000 direct, indirect and induced jobs in Europe alone. The estimated Europe-wide impact of Emirates’ A380 investment contributes €3.4bn (almost $4bn) to the GDP of the region, according to a study carried out by Frontier Economics in 2015.

The airline’s recent order further “generates benefits for European economies with the airline’s impending deliveries beyond 2020”, the statement said.

“There’s no question that the A380 has been a big money-spinner for Emirates and that the airline exploits its Dubai hub with this behemoth to great effect,” said Saj Ahmad, chief analyst at StrategicAero Research.

“That said, Emirates is also planning it’s future beyond the A380. No airplane lasts forever and its reality that as it ages, new and more efficient inductees in 777X and the 787 will start to form the backbone of Emirates’ long haul fleet for the next decade and beyond.

“Emirates’ plans to induct up to 200 777X’s will primarily replace today’s 777s, but by the time it takes its 200th 777X delivery, the A380 fleet will be operationally expensive and economically inefficient – so it stands to reason that they’ll procure more 777Xs and 787s going forward,” he added.