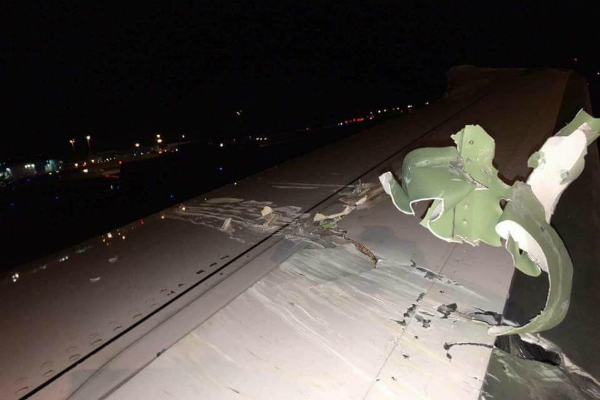 An Emirates A380 bound for Dubai collided with a Scoot 787 Dreamliner in the early hours of the morning at Singapore’s Changi Airport.

The accident happened when Scoot flight TZ188 bound for Tianjin, China was taxiing before take-off at 1:40am, according to local reports.

All 303 passengers and 11 crew members were reported safe and put on a replacement flight at 6am.

A Scoot spokesperson was quoted as saying the left wing of the plane came into contact with the Emirates aircraft and is undergoing repairs.

Pictures from the scene showed peeled back metal on the Scoot craft while the Emirates jet had damage to what appeared to be the edge of its right wing.

An Emirates spokesperson said EK405 passengers affected by the incident were rescheduled on alternative flights.

The A380 will also require repairs, they said.

Changi Airport Group said it is working with authorities to investigate how the collision occurred.