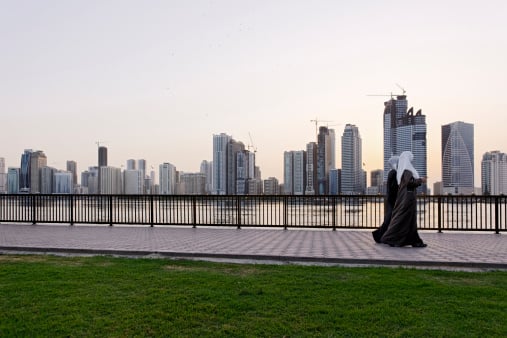 The tiny Gulf emirate of Sharjah has obtained sovereign credit ratings from international agencies, aiming to raise its profile among investors though it has no immediate intention to issue debt, officials said on Wednesday.

The move by Sharjah, one of the seven United Arab Emirates, is part of a trend for the range of debt issuers in the Gulf to expand as the bond market becomes deeper, financial management becomes more sophisticated and economies grow.

It also illustrates how major investment is moving beyond the UAE’s wealthy southern emirates, Abu Dhabi and Dubai, to somewhat less affluent emirates in the north such as Sharjah and Fujairah.

“We want to demonstrate to our business partners, present and future, that Sharjah is an ideal location to invest,” Sheikh Mohamed bin Sultan al-Qasimi, chairman of Sharjah’s Finance Department and a member of its Executive Council, told a news conference.

Tom Koczwara, director of the Finance Department’s debt management office, said: “The basic position is today there is no decision about sukuk or bond issuance…It is something we keep under review. Definitely we are not starting a debt programme tomorrow.”

But the department’s Director General Waleed al-Sayegh said Sharjah’s ratings should become a benchmark in future for government-related entities in the emirate, helping to reduce their borrowing costs.

Earlier, Moody’s Investors Service assigned an A3 government bond rating to the Sharjah government, while Standard & Poor’s rated it A. Those ratings are well above the threshold for investment-grade debt and compare favourably with many emerging markets around the world.

With a population of under one million, Sharjah has been developing its tourism and manufacturing industries but lacks the big oil reserves of Abu Dhabi or the commercial glamour of neighbouring Dubai. Unlike neighbouring emirates, alcohol is forbidden in Sharjah under Islamic religious principles.

In nominal terms, the size of Sharjah’s economy has tripled over the past decade to Dhs72.4 billion ($19.7 billion) in 2012. But it accounts for only a little over five per cent of the UAE economy; Sharjah’s inflation-adjusted gross domestic product growth was estimated at 1.5 per cent for 2012, Moody’s said.

Moody’s projected Sharjah’s government debt to GDP ratio would stay below 10 percent in 2014, adding that wider public-sector debt was at a manageable level of 18.2 per cent in 2012. It said the Sharjah government had recorded small fiscal deficits of around one-two per cent of GDP on average since 2008.

Both credit rating agencies cited the benefits of membership in the UAE as a key factor in their high ratings of Sharjah, with S&P suggesting the emirate could probably count on financial support from the UAE if the need arose.

The Gulf debt market might welcome a fresh source of government bonds from the UAE; the last such issue came from the emirate of Ras al Khaimah, which sold a $500 million, five-year Islamic bond in October, drawing big investor demand of $5 billion.

“Sharjah’s ability to raise debt will be facilitated by its new rating, but will remain constrained by its size,” he said. “Sharjah’s GDP is roughly one-fifth that of Dubai’s, and government revenues are less than 10 percent those of the government of Dubai.

“Its ability to service debt from its own resources is thus much weaker than what its rating suggests, and so we would expect only limited amounts of issuance to come to the market.”

He added that Sharjah’s success in obtaining credit ratings might put more pressure on Dubai to take similar action. Dubai has issued bonds without obtaining a rating, a process which might require it to become more transparent about its finances; it has not said whether it might change this policy.