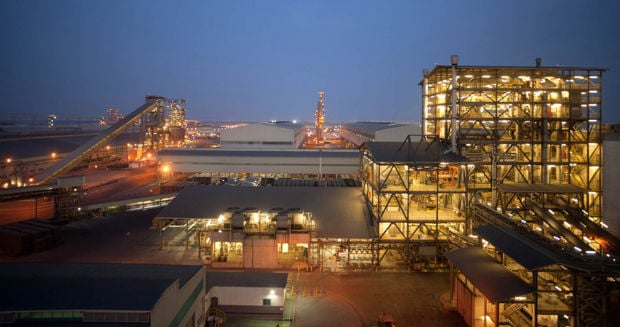 State-owned Emirates Aluminium (Emal) has announced that its phase II expansion, completed ahead of scheduled time, will ramp up aluminium production and increase jobs in the UAE.

Emal’s Al Taweelah-based phase II will boost the company’s aluminium production from 800,000 tonnes to 1.3 million metric tonnes per year and is expected to create around 1,000 new jobs, officials said. Its first phase currently employs around 2,000 people.

Emal’s phase I was completed within its allocated budget of $6 billion while the phase II expansion had a budget of $4.5 billion. While $3 billion has already been spent in funding phase II so far, efforts are underway to complete the project within the budget, the company said.

Completed in two years, the phase II expansion is around 1.7km long and brings a third line into production. The latest plant uses Dubal developed DX+ technology and operates with the highest amperage in the region at 440 KA that could rise to 460 KA in the future.

With phase II beginning production, Emal now has the largest single site production capacity in the world. The site in Al Taweelah currently includes a 2100 MW power plant, which will increase to 3000 MW by 2014, a carbon power plant and a falexible cast hous with a capacity to produce a variety of products.

A purpose built wharf at Khalifa Port will also shorten the supply chain of raw materials from the sea to smelter.

Earlier this year, Emal and Dubai ALuminium (Dubal) merged to create Emirates Global Aluminium, which will be world’s fifth largest aluminium company with an enterprise value of $15 billion. The merger was planned to help the UAE better compete with rival aluminium producers in the region.