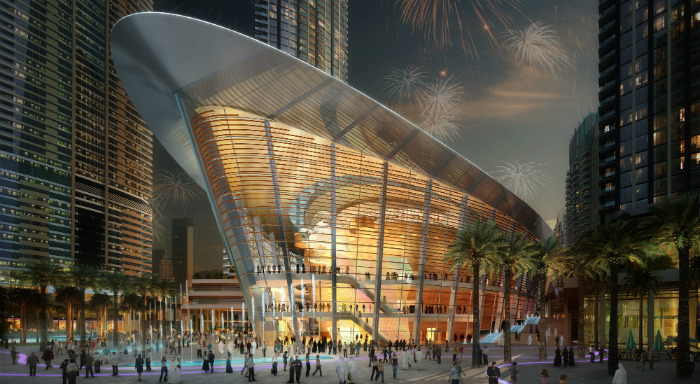 The ‘bow’ of the structure will contain Dubai Opera’s main stage, orchestra and seating areas, a proposed sky garden and restaurants. The elongated ‘hull’ area will feature the waiting areas for spectators, taxi-drop off area, and parking amenities, Emaar said.

The Opera District, first announced by Dubai’s ruler Sheikh Mohammed Bin Rashid in May 2012, is a mega-development aimed at promoting Dubai’s arts, culture and events scene.

Along with the Dubai Opera, it will feature luxury hotels, residential and serviced apartments, a retail plaza, waterfront promenades, recreational spaces and parks.

He added: “The state-of-the-art opera house and the varied lifestyle components of The Opera District will energise Dubai’s events and tourism sectors.

“With the city establishing its global reputation as an arts hub, the new development will also strengthen the Dubai Art Season.”

Dubai is ramping up its arts offering across the board, with the emirate’s ruler Sheikh Mohammed Bin Rashid Al Maktoum even issuing a directive this week to include art museums in the emirate’s metro stations.

The project is expected to be completed within a year and will be launched during Art Dubai 2015.