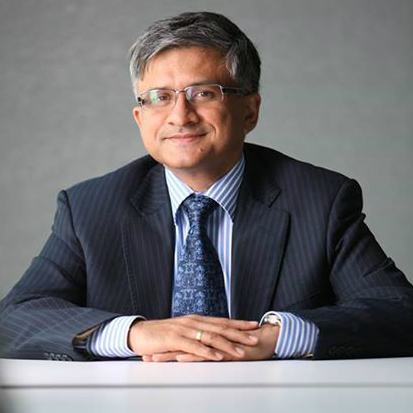 Earlier this week Dubai real-estate conglomerate Emaar Properties announced it will be launching the initial public offering of its profitable malls business in September. This move is positive for existing Emaar investors as a spinning off and separate listing will most likely raise the value of the Emaar Malls Group and if it is a success it could be the start of other Emaar operations also listing separately to maximise their valuations.

In equity markets, the valuation of a conglomerate is typically lower than the sum of part valuations of the individual businesses as investors apply a conglomerate discount. This is usually done given the large number of moving parts in a conglomerate which makes the valuation exercise quite complicated. So typically, if you separate the parts of the conglomerate – such as Emaar Malls Group, Emaar Hospitality Group and Emaar Properties among others – it should usually result in a better value for each operation.

Emaar Hospitality Group is also profitable and we could see this being spun off in the future – which could result in better value for shareholders. Other Emaar Group IPOs’ could include a separate listing of each of its international operations in the long term.

Emaar has been considering a separate listing for the Malls Group for the last few months. The intention is to basically list the malls group in order to provide potential investors with an opportunity to participate in pure-play retail industry driven company. It may be noted that the key assets of Emaar Mall Group are the renowned Dubai Mall, The Marina Mall, The Souk Al Bahar, The Gold & Diamond Park and a number of community centers. A listing of Emaar Malls Group should see a value-unlocking for Emaar shareholders and new investors will have an opportunity to buy into a pure retail sector story which is what Dubai is now well known for.

Retail accounts for a large portion of Dubai’s GDP and tenant sales at Dubai Mall alone are estimated to have contributed approximately to about four per cent to Dubai’s GDP in 2013. The Dubai Mall ranks amongst the largest malls in the world in terms of gross leasable area.

Emaar Properties will continue to retain 85 per cent of Emaar Malls Group so although their shareholding will be decreased by 15 per cent they will be holding a bigger and better-valued piece of the pie.

Emaar is one of the largest listed stocks in the GCC and Invest AD currently owns Emaar stock in a number of our funds/managed portfolios. Based on end of July data, the security ranked amongst the top holdings in the Invest AD UAE Total Return Fund and the Invest AD SICAV GCC Focus Fund.

The stock performed very well in 2013 and on a YTD basis till 2014. We have liked the fundamentals of Emaar and the stock has delivered for us but we will still need to look very closely at the valuation before we decide whether to participate in the Emaar Malls Group IPO. Currently the general expectation is a floor value of Dhs33 billion for the Emaar Mall Group.

Our feedback from international investors is that they are excited about this IPO. Investors are excited about getting exposure to a very important and profitable player in Dubai’s retail sector. Moreover, although Emaar Malls Group is currently focused in Dubai, in the longer-term, it is looking at expanding into the entire GCC retail market which is still under-penetrated – so it has a credible long term growth strategy as well.

Initial interest on the 15 per cent IPO is very encouraging and a number of analysts expect that other UAE-based companies will be allowed to conduct an IPO with a float which is lower than what is currently mandated 51 per cent. If this is actually true then we could see a number of well-managed profitable family owned businesses launch an IPO. Although valuations will drive actual demand, listing of profitable family owned businesses will be extremely interesting.

It is important to note that the Emaar news will not detract focus from Saudi Arabia opening to foreign investors. We are currently in a sweet spot in the GCC, and this Emaar news will attract attention and investors wishing to access Emaar Malls Group will most likely divert funds from a place other than Saudi Arabia.

For Dubai and the UAE, my outlook for the rest of the year is positive as the non-oil side such as trade, tourism and logistics continue to do well. However, the challenge is that as valuations go up, stock selection will assume greater importance. Careful stock picking based on intensive research will add value. Investors therefore need to pick an experienced investment institution known for its research led investment process to manage their money.

We have seen interest building up in GCC stocks since the MSCI listing of UAE and Qatar, then with Saudi opening to foreigners and now with Emaar spinning off its malls group. A number of large emerging markets-focused international investors were not closely following our region before, but now they are interested in the region.