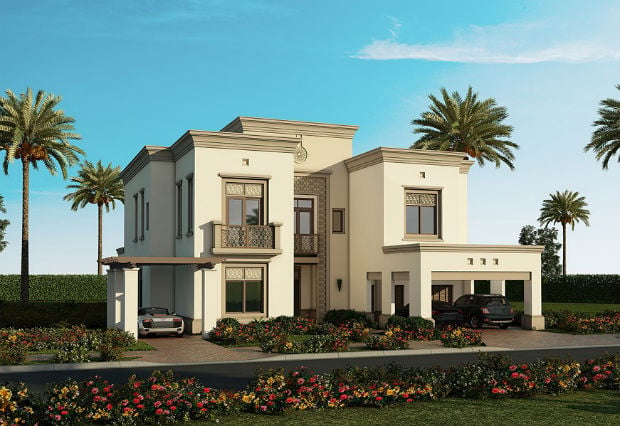 The community will feature 98 villas, which are “culturally inspired” and will have units ranging from four to six bedrooms, the company said in a statement.

Yasmin Villas, whose designs are inspired from an Arabian colour palette, will have minimalistic woodwork while offering residents spacious living space with large windows and wide doorways.

“Yasmin is a tribute to the Arabesque architectural features that find expression in several of our developments,” said Ahmad Al Matrooshi, managing director, Emaar Properties.

The community also provides a residential club, which includes a gymnasium, pool, an indoor running track, a beauty salon and spa.

In addition, residents will also have access to a 247-acre golf course; Dubai Polo & Equestrian Club; community parks and gardens which will be equipped with a children’s area, tennis courts, football pitches and a gourmet restaurant.

Emaar will launch Yasmin Villas simultaneously in Dubai and Abu Dhabi on February 5, 2014. Online registration for the sales in two cities will begin at 10 am.

The developer has been expanding the Arabian Ranches neighbourhood with various types of themed villa communities such as CASA, Rosa, Palma, and Lila. Most recently, it announced the launch of Spanish-styled villa community Rasha within the development.

Emaar has been announcing a number of projects in the last 12 months as Dubai’s real estate market shows a marked recovery after the recession in 2009.

The developer was also the first to launch a project for the upcoming Expo 2020 in Dubai.