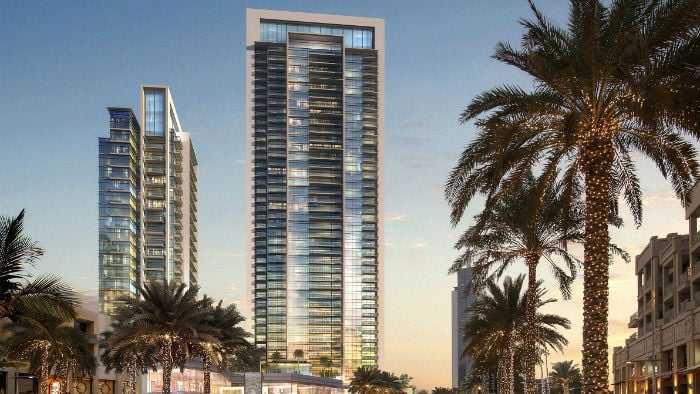 Dubai’s Emaar Properties has announced the launch of another new project, BLVD Crescent, a residential development in Downtown Dubai. The project features two towers of 39 and 21 storeys, connected by a podium, and includes over 300 luxury residential units.

Emaar will launch the project simultaneously in four cities – Dubai, Abu Dhabi, Almaty and Shanghai on March 22, with online registration beginning on March 19, a statement said.

Other recent projects unveiled include villa communities in Arabian Ranches and the first development for the upcoming Expo 2020 in Dubai.

The developer revealed that the total value of property sales in Dubai last year reached Dhs12 billion, nearly three times the amount in 2012.

Developer Deyaar announced on Sunday that it sold out all the units in ‘The Atria’, a new project in Business Bay, within hours of opening sales last week.