Elon Musk rallies for ‘break up’ of Bezos’ Amazon 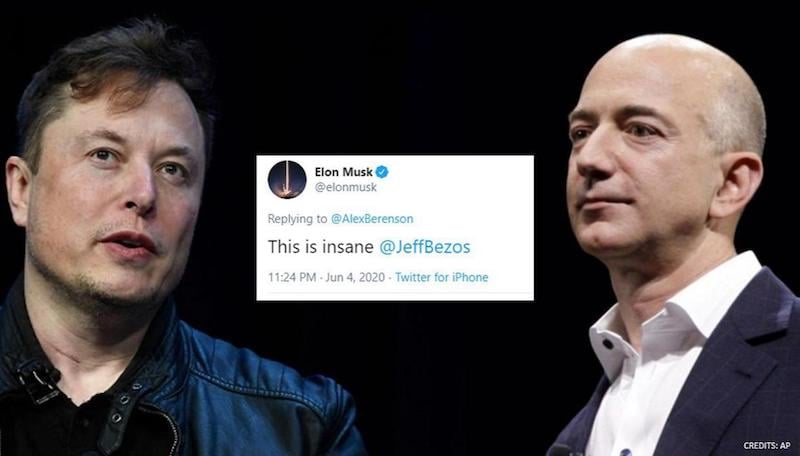 Amazon has risen to occupy a prominent position in the field of e-commerce and has secured a market capitalisation estimated at about $1.2 trillion today.

But Amazon’s dominance in the field is not without it being subject of many lawsuits and demands for it to be regulated, especially in Europe.

Now, billionaire Elon Musk has joined those calling to dismantle the largest estore in the world.

Time to break up Amazon. Monopolies are wrong!

Musk’s latest call comes against the backdrop of Amazon banning a book which discusses the exaggeration of the risk of the Covid-19 virus from being sold on its platform.

Author, American journalist Alex Berenson, tweeted that his new book called Unreported Truths about COVID-19 and Lockdowns: Part 1 was banned from selling through the Amazon store because it did not meet the site’s terms, even though the book is not based on theories or speculation, but on government data and scientific research papers.

As a result of the book ban, Elon Musk who recently tweeted that he would be “off twitter for a while” returned to demand an explanation from Amazon founder and president Jeff Bezos regarding the ban on the book and tweet that it was time to dismantle Amazon.

Interestingly, Musk’s tweet led to Amazon backing down and authorising the sale of the book, with it quickly ranking first as the best-selling book in the category of viral diseases and securing a rating of 4.7 out of 5 stars.

For its part, Amazon said that its decision to allow the book has nothing to do with Musk’s tweet, but the timing does seem suspicious as the book became available hours after Musk’s tweet created an uproar online.

It is noteworthy that Musk was one of the first protesters of the panic caused by the Covid-19 virus, as he was strongly opposed to the curfews and social distancing decisions that have paralysed the American and global economies by halting industrial and commercial activities for nearly two months.